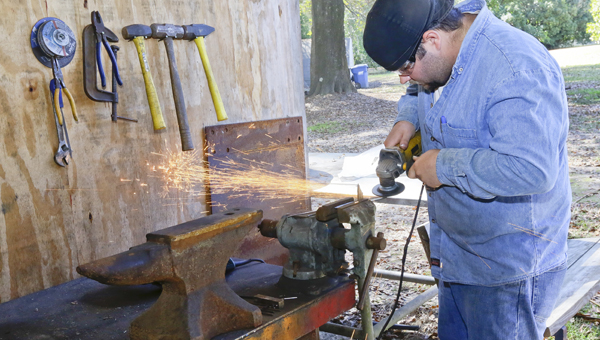 When Brandon Sullivan was 13, he and a cousin decided they wanted to make their own knives by hand.

After hours of work, the final result wasn’t pretty, but when they were finished they had created a knife. Sullivan laughs about what they created now, but wishes he still had that knife to show where he got his start. 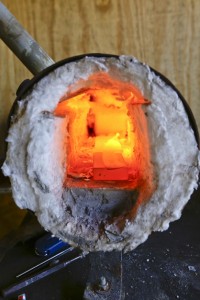 After the first one, it grew into a passion. Sullivan told his family he wanted to learn how to make knives, and they were fully supportive from the get-go.

“I’ve always been into that kind of stuff — outdoorsy, like bows and guns, so when knives came along it wasn’t a big shock or surprise,” he said.

It quickly became a passion for Sullivan and Sullivan Knives was born.

Following his first creation, he worked to improve his craftsmanship and eventually became so good that he was selling knives to family members and to people all over the world.

“I had a bit of a following,” Sullivan said. “I was on Internet forums and because I was so young there was a good amount of people who saw my work, and they’d buy it because there’s this 15 year-old kid making knives and they’re awesome.”

Sullivan said he sold knives to people in Canada and some to people in Europe. During that time, he sold roughly 30 knives before having to take a step back from his hobby due to school.

Once he graduated from Meadowview Christian and Wallace Community College Selma, he’s been able to get back into it. Over the last several months, Sullivan has started taking orders for his knives again, and he said business is already picking up.

Sullivan starts from scratch with a block of steel and uses a grinder with a cutting disk to start shaping it into a knife. He grounds the steel with a belt and then uses a file to profile it.

At one point, he heat treats the steel to get it to the hardened state required to make the knives strong enough to handle forceful use without breaking.

Sullivan also makes his handles from scratch, starting with a block of wood.

“A lot of people, they think I start with something already — a blade that is already made or handles that are already made,” Sullivan said. “Most of the time I have to explain the process to them just like I am to you now for them to grasp it.”

It’s a process that usually takes a full day, or about 10 to 12 hours, for him to complete. Sullivan said in a rush he could probably do it within four to five hours, but refuses to threaten the quality of his product.

“I don’t want to sacrifice the aesthetics for just cranking them out a couple of hours faster per knife,” Sullivan said.

Most of the knives he makes are for hunters or fishermen. They start at about $150 and go up, depending on the finish the customer asks for and the type of knife he’s asked to make.

“Most of them are thinner for skinning deer and cleaning deer,” Sullivan said.

“That’s where most of my customer base is at hunters. I get a few fishermen that want filet knives and stuff like that.”

He’s made some for use in his own household, although he admits he doesn’t give them the fine touch he does the ones he makes for customers.

“I’ve got several knives. They are nowhere near that pretty because they don’t ever make it to that point for me,” Sullivan said. “I get them sharp and comfortable to use and I don’t worry about the rest.”

Most of the orders he takes are on his Facebook page, which is named Sullivan Knives. He has several repeat customers, but he said word is spreading that he’s gotten back into creating and selling knives.

With a full time job, he doesn’t have a lot of spare time, but when he does he uses it to create knives.

He said he tells his customers up front how long it will be before he will be able to finish their knife because sometimes it can be several weeks.

As of now, he enjoys making knives in his free time, but if everything falls into place, he said he could see himself doing it exclusively one day well down the road.

“Eventually, down the line, I wouldn’t mind it being something I work at full-time, but as far as the equipment I have right now and my full time job, it would have to grow to such a far level in order for me to quit and I have a considerable amount of growing to do before I got there,” Sullivan said.