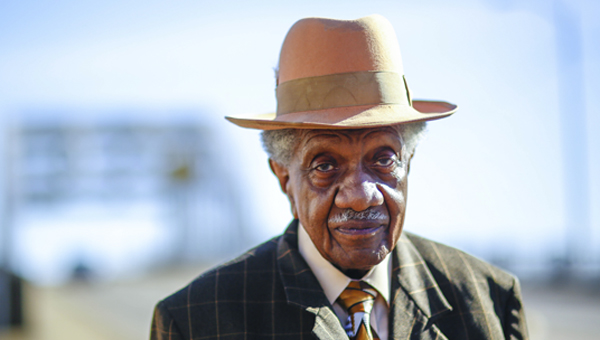 F.D. Reese will be honored at the Carl C. Morgan Convention Center June 7 at 3 p.m.–File Photo

Various members of the community are coming together to honor a man whose influence has permeated through the hearts, minds and soul of the city.

Dr. Frederick D. Reese, a civil rights activist, minister and educator will be honored with a celebration banquet on June 7. The Selma native was president of both the Dallas County Voters League and the Selma Teacher’s Association in 1965. He is currently the pastor of Ebenezer Missionary Baptist Church.

To one of the banquet’s organizers, Towanda Jones’, Reese is an altruistic individual.

“Dr. Reese has given selflessly, ever since he started working as a young adult in Selma,” she said. “We love the fact that even though he has reached his 85th year, he continues to serve.”

The different service areas Reese took part in throughout his life will be acknowledged at the ceremony. Educational, spiritual and political aspects of his service projects are some of the areas that will be exemplified. Community members will make statements about his accomplishments in the city.

“A lot of people retire, but he hasn’t cut back yet,” she said. “He gives selflessly on a daily basis. I really admire that.”

Jones said she and other organizers are looking for at least 350 people to attend the event.

She said she is aware of the services he’s provided within the community for more than 50 years.

“It is appropriate to pay tribute or homage to one who’s deserving,” she said. “I thought this was a good time to let a human resource in our community be the recipient of appreciation.”

During the ceremony, Johnson said she expects Reese to be the same great person he is.

“I think he’ll be quite humble,” Johnson said. “He’s often used that word to indicate his response to any accolades. He always gives praise and glory to God for whatever he receives.”

The celebration banquet will be held at the Selma Convention Center at 3 p.m. A charge of $25 will go towards a meal that will be served at the occasion.