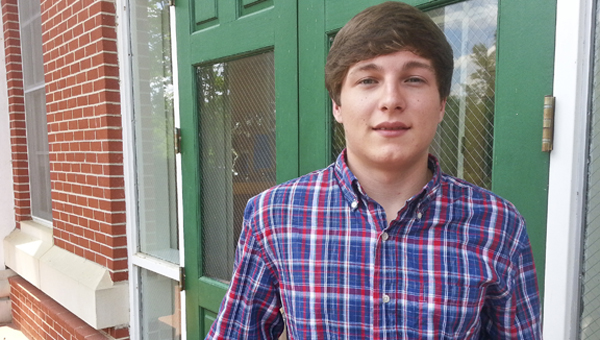 While most 17-year-old high school students take the summer to relax and get ready for what is probably their senior year, Kaleb Cooke has plans to work on his company.

Cooke, a student at Dallas County High School who plans to transfer to Morgan Academy next school year, said his interest in entrepreneurship began when he was 8-years-old, and it’s never left him.

“One of my favorite memories of my hobby of being an entrepreneur was when I was 8-years-old. I sold golf balls that the golfers had hit into my cousin’s yard to other golfers as they passed by my cousin’s house on the way to their next hole,” Cooke said. “I sold a lot of golf balls that day, until the golf house told me that I could not sell them anymore because I was taking all of their business because I was selling them for a lower price. That day, I made $60. It may not seem like much, but for an 8-year-old, it was the best feeling in the world … to find a creative way to make money.”

His first real invention was over a year ago, when he designed a hydroelectric car.

“I started inventing when I was 15-years-old,” Cooke said. “My first invention [was] the hydroelectric car, … but after researching and developing the system I had designed with the help of two of the top engineering professors at Auburn University we deemed that the power needed to propel the vehicle was not able to be produced from the amount of water available.”

Although in the end, it didn’t work out, Cooke took it as motivation to push himself further and to keep trying.

“Since my first invention did not work out, I had to go back to the drawing board. After a year of creating countless ideas for marketable products, I narrowed them down to what products I felt [have] the most marketability,” Cooke said.

“In total, from the past year, I have created 10 inventions, three apps, as well as three websites. I have already begun to file patents on my inventions and have purchased the website domains for my sites.”

Cooke started the company Teknik Corporation L.L.C. after a year of planning and designing products, apps and websites.

Cindy Cooke, Kaleb’s mother, said Kaleb is a normal teenager. He just has a few extra things going on.

“I think it’s great that he’s thinking that way and giving it a try,” Cindy said.

”I’m proud of him for even thinking this way and trying. Even if this doesn’t work out for him, I think eventually it will.”

Cindy said it’s really all about her son being happy.

“I want him to be successful and happy,” Cindy said. “I’ll be proud of him no matter what.”

“I have worked hard to get where I am today with my creations, and I feel … Teknik will be a huge success,” Kaleb said.

“A lot of people think it is a crazy idea for a 17-year-old high school student [to] attempt to launch a multi-million dollar company like this. I personally believe that no matter the age, if you have a great idea, someone will invest in you. Just look at the creators of UPS. It was started by two teenagers with an idea and $100.”