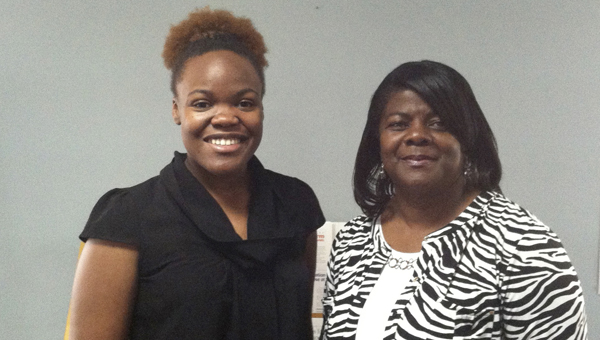 Selma has a visitor in town who hopes to make a difference during her time here.

The 10-week program works to bring students and citizens together. Living Democracy is coordinated by the College of Liberal Arts at Auburn University and the David Matthews Center for Civic Life.

With the help of Dallas County Extension coordinator Callie Nelson, Parker hopes her knowledge and plans for Selma will permeate through the minds of the youth.

Nelson is looking forward to working with the student.

“I’m looking forward to her working across generations in our community and learning how the Selma story is a weaving together of all generations, heritages and diversities,” she said.

An April trip to Selma sparked Parker’s interest in the youth. She met with 24 area youth who discussed their concerns and ideas for the city at a forum.

“We’re taking the ideas they mentioned at the forum and trying to put those to action,” Parker said. “One of the things they want to do more is connect with each other. They really want to see a lot more diversity among the younger generation in Selma.”

Hopefully friends, neighbors and families will become involved in some of the projects Parker might plan for the youth, she said. She said she wants citizens to get involved.