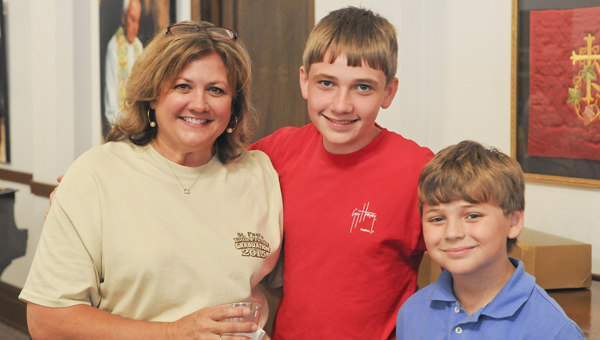 After nine years as director at Little Friends, Fuller has decided to go work for the family business at Fuller Building Supply.

“It’s been a blessing for me to work at Little Friends all these years,” Fuller said. “I have a senior this year that is graduating and my husband needs me at the business. I’ve decided to pursue that.”

Fuller said the hardest part about leaving St. Paul’s will be not seeing the children everyday.

“That’s been my greatest blessing is being able to see those smiling faces and just seeing them grow up,” Fuller said. “It’s been a joy working at Little Friends.”

The Rev. Jack Alvey, who has been at St. Paul’s Episcopal Church for one year, said Fuller has increased enrollment and brought an air of organization in her nine years at the school.

Colley, who will take over as director at St. Paul’s, said everything ran like a well-oiled machine while Fuller worked at the school.

“I think that brought a sense of calm to the parents,” Colley said.

“Everything was where it’s supposed to be when it was supposed to be. That’s something that I have to make sure [I do]. I’ve got to keep that machine running like that.”

Alvey thinks Colley’s promotion to director will be a seamless transition.

“We are really lucky to have Rachel build off of the success that we’ve had with Gina,” Alvey said.

Colley said she is aware that she has some big shoes to fill and is up to the task.

“(Fuller) will be gone, but she won’t be forgotten that’s for sure,” Colley said. “I look forward to new and fresh ideas as the new director at St. Paul’s. I’m very excited.”