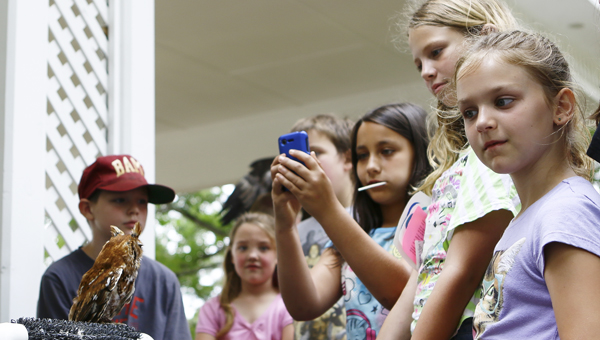 The Plantersville Volunteer Fire Department’s annual heritage day has become an annual tradition over the last five years, and this year was no different.

The department hosts the event each year to bring the community together and raise funds for their rescue units.

“It is really nice to know that the community is behind us because a lot of the fire department members put a lot of effort into what they do, and there is a lot of training that goes on,” said Charlotte Lace, a member of the volunteer fire department.

Lace is just one of the department’s volunteer first responders, which has more than 20 on its roster, according to Mark Walker, the department’s fire chief. She goes on fire and medical calls and assists with whatever needs to be done, whether it is changing oxygen tanks or getting tools for firefighters.

The closest fire department to Plantersville is 10 miles away, so it is important the department stays funded.

“The fire department is pretty important [in Plantersville] because we’re so far out from the city,” Walker said. “We’re roughly 18 miles from Selma, so especially on the medical side, we can get there a little bit quicker than the ambulances and the same for fire.”

Heritage day had something for everyone to do, whether it was fun and games for the kids or seeing Spirit, a bald eagle from Auburn University’s Southeastern Raptor Center. Spirit is one of the eagles that make the traditional flight over Jordan-Hare Stadium before the Auburn Tigers take the football field.

“It is something new and exciting, and the eagle is just so beautiful, especially when it spreads its wings out,” said Charlotte Jones, as her daughter looked on at Spirit.

Bird handlers Andrew Hopkins and Marianne Hudson showed off Spirit, along with a few of the center’s other birds of prey.

“This is the first time we’ve had the [birds] here,” Walker said as a crowd gathered to check them out. “We thought it would be something fun and new for people to enjoy when they come out.”

While the day is mostly about fun, it is also about helping the department in the long run by raising somewhere between $1,200-$1,500.

“It is nice to know that people will come out and support us, so that we can take care of the community,” Lace said. “I enjoy seeing the community getting together and having fun, and all of the kids happy and smiling.”