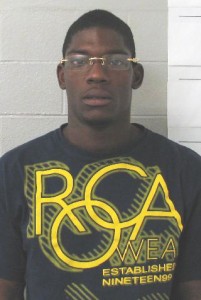 Lewis was arrested around 5 p.m. Wednesday by U.S. Marshals after turning himself in on the 500 block of Second Avenue.

“The U.S. Marshals received warrants from our department in reference to a fugitive apprehension,” said Lt. Curtis Muhannad with the Selma Police Department. “The fugitive task force made contact with [Lewis’] relatives in reference to him being wanted and notified them that he needed to turn himself in.”

Lewis was initially given no bond, but after a bond hearing Thursday morning, a Dallas County judge set his bond at $2.5 million.

The Selma Police Department has been looking for Lewis since Easter weekend, when he allegedly shot a 30-year-old Selma woman outside of a nightclub on the 100 block of Washington Street.

“The shooting occurred after an altercation occurred between Mr. Lewis and a male subject that the victim was having a conversation with,” Muhannad said in an interview the day after the shooting. “Mr. Lewis and other subjects grabbed firearms from a nearby vehicle and began shooting at the male subject, who took off running and was being chased.” 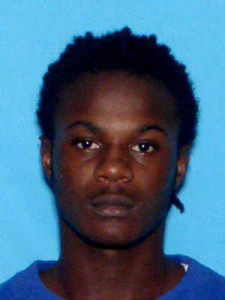 According to Muhannad, the male that was targeted by the shooters was able to get away when they started firing, but the female victim was in the line of fire.

“Mr. Lewis shot the victim with an assault rifle in her left arm pit, and a second shot struck the ground near her, in which fragments pierced her left leg,” Muhannad said.

According to Muhannad, investigators believe the shooting was related to an ongoing rivalry between two “criminal elements.”

The attempted murder Thompson is allegedly responsible for happened Friday, March 13 around 9:30 p.m.

According to Muhannad, Thompson repeatedly shot a 20-year-old Selma man in the chest in front of a convenient store on the 800 block of First Avenue.

The first-degree assault charge stems from a May 1 incident, where Thompson allegedly shot a man in the leg on the 1200 block of Woodrow Avenue.

Thompson is described as being 5 feet 9 inches tall and weighs approximately 160 pounds. He should be considered armed and dangerous.

The Selma Police Department asks anyone with information on Thompson’s whereabouts to notify them at 874-2125 or 874-1231.