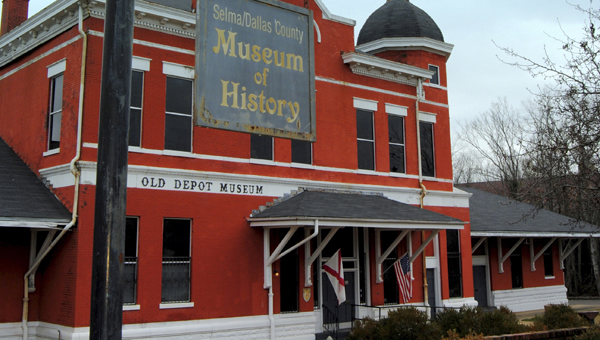 The Old Depot Museum will be one of 75 locations featured on a new audio tour of Selma.

The Selma-Dallas County Chamber of Commerce hopes everyone is all ears about what the organization is doing to enhance tourism.

The Chamber is preparing to launch a new audio tour of 75 historic sites in Selma.

“There is so much history here, and we sometimes take it for granted,” said Sheryl Smedley, executive director with the Chamber of Commerce. “This gives you an opportunity to learn about your community and help promote your community.”

Tabernacle Baptist Church, Sturdivant Hall, Edmund Pettus Bridge and the Old Depot Museum are just a few of the places visitors can experience on the tour.

Free guides will be available at the Selma Welcome Center and the Chamber to point visitors to each location.

The project was designed to give the public a chance to learn more about the city’s history at any time.

Smedley asked tourism director Ashley Mason to lead the project soon after she joined the Chamber.

“She’s done an outstanding job organizing, coordinating and putting it all together,” Smedley said.

“We have company every day, but we’ll have an influx of visitors in 2015 in our community,” Smedley said. “We wanted to have it available, so it can complement the upcoming 50th and 150th anniversaries.”

The project was funded through a grant by the University of West Alabama’s Black Belt Heritage.