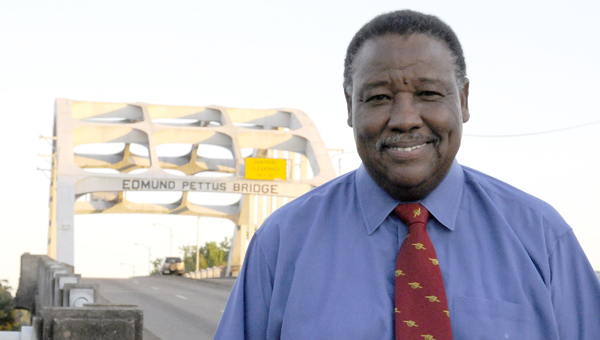 all-state: Dallas County Board of Education member William Minor has earned a spot on the 2014 All-State School Board.

Dallas County Board of Education member William Minor recently earned a spot on the 2014 All-State School Board.

Nominated in August, Minor will be one of 42 educators to be recognized for advancing in the Alabama Association of School Boards Member Academy.

Honorees will be recognized at a luncheon held at the Hyatt Regency Birmingham on Friday, Dec. 5.

“It feels great anytime your peers can bestow an honor on you like that,” Minor said. “It really goes beyond explanation. I’m just as happy as I can be.”

The Dallas County School Board made a unanimous vote, with board member Carolyn Bates absent, to nominate Minor during its August board meeting.

To be considered for an official nomination, the former or current school board member had to be committed to the academy’s training and education activities and support the organization’s policies and practices.

Minor, who previously served as director of AASB District 2, has been a Dallas County School Board member since 1988. He has earned more than 829 academy hours, received Master School Board Member and Masters Honor Roll accolades and worked on several AASB committees.

“I have known Mr. Minor personally and professionally for 35 years and cannot think of a better candidate for the All-State honor,” he said.

Minor’s fellow board members made plans to attend the December luncheon to show their support, and Willingham explained why their attendance is vital.

“It’s the right thing to do. He’s one of us,” Willingham said. “The running of the school system takes team work and cooperation between the board and superintendent.”