Attempted murder suspect turns self in at station

Kirby Dante Brown, 23, is behind bars after allegedly attempting to murder a 27-year-old man in early November. 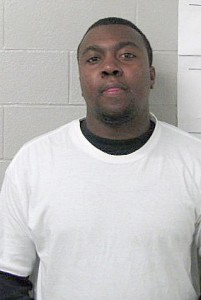 “We asked for a high bond, and we’re glad that the judge granted that,” Jackson said. “Attempted murder is a very serious charge.”

The Selma Police Department responded to the 900 block of King Street Nov. 2 at 12:10 p.m. in reference to a gunshot victim, according to authorities.

When officers arrived, they were informed that the victim was taken to the Vaughan Medical Center emergency room by a privately owned vehicle.

The injured man told Selma Police he wasn’t sure what happened, according to Lt. Curtis Muhannad, the Selma’s Criminal Investigations Division commander.

The victim was airlifted to a Birmingham area hospital for additional treatment.

After further investigation, officers learned that the incident may have stemmed from an ongoing dispute between Brown and the victim, Muhannad said.

Police labeled Brown a person of interest and a warrant was issued for his arrest the day following the incident.

Brown turned himself into the Selma Police Department Wednesday at 10 a.m.

If convicted of attempted murder, a Class A felony, Brown could face from 10 years to life in prison and up to $60,000 in fines, Muhannad said.

Brown’s preliminary hearing is set for Dec. 9 at the Dallas County Courthouse, starting at 9 a.m., according to Jackson.

Sturdivant Hall in Old Town Selma will be the site of an artisan’s fair Saturday. The fair gives artisans a... read more