Farms, cities come together for breakfast 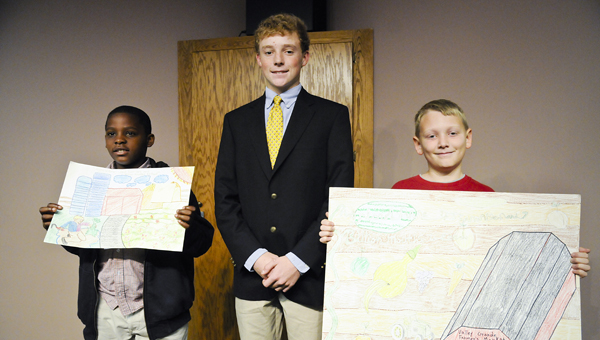 The event celebrates Farm-City Week, a time set aside each November to educate people on how farms and cities are dependent on each other. This year’s theme is “Agriculture: 365 sunrises and 7 billion mouths to feed.”

Alabama Commissioner of Agriculture and Industries John McMillan was the guest speaker.

McMillan spoke about an Alabama Agribusiness Council study that showed agriculture, forestry and related industries have a $2 billion economic impact and create 12,077 jobs in Dallas County.

He said the county ranks second in the state in catfish production. Other top agricultural commodities were greenhouse, nursery and floriculture production as well as cattle.

There is increased interest in community, school and family gardens, McMillan said.

“All of that will play a role in the future,” he said.

More people are also starting to go into business as smaller-scale producers, particularly due to the ongoing drought in California. McMillan said that business would either go to the Southeast or Mexico.

“The real demand will be for produce, fruits and vegetables,” he said.

The commissioner also talked about the challenges agriculture face. At the top of that list is increased demand, as countries around the world increase their standard of living.

“The need for labor. That is a huge problem,” McMillan said. “There is a tremendous demand for truly seasonal workers.”

Other issues include what McMillan called “over-reaching” federal regulations as well as finding the right balance with genetically modified organisms.

“We must meet the challenges to do whatever we can in a safe manner,” McMillan said. “The enemy is not the science. The enemy is soon to be hunger.”

Before McMillan’s remarks, students who won awards in the Farm-City poster and essay contests were recognized.

The top overall winners will go on to compete in the state contest.