He was preceded in death by his parents Mark and Julie Corr; brothers, Mark Corr and Dossier Corr and sisters, Beverly Corr Prier and Nancy Corr Martin. 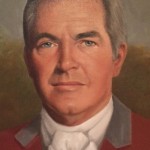 He graduated from A.G. Parrish High School in 1944. While Bob was a student there he participated in football and basketball. After he graduated, he joined the United States Air Force and was honorably discharged. He attended Auburn University, Auburn, Alabama. There he was a member of the Kappa Alpha Fraternity. He then went to Miami University, Miami, Florida for a short period, while waiting to be accepted into the dentistry program at Emory University, Atlanta, Georgia where he specialized in Pediatric Dentistry. While at Emory University, he was a member of the Psi Omega Fraternity.

After graduation, he was asked to stay on with Emory University to be a member of the teaching staff. He later opened a private practice for 40 years, in Atlanta, Georgia. He was a member of Cherokee Town and Country Club, Atlanta, Georgia since its inception in 1956. He was one of the original founding members.

Bob was extremely passionate for over 51 years about his hobby of English style fox hunting on horseback. He was an outstanding riding member of the Shakerag Hounds, which is Georgia’s oldest recognized fox hunting organization. He was elected Shakerag Master of the Hounds in 1980, which is the club’s most senior elected position of responsibility. Only 22 people have held this position since the club’s inception in 1943. Dr. Corr led the club in continuing to the fine art of Fox Hunting and Comradery.

On Friday, November 14, 2014, there will be a Celebration of Life Service at St. Paul’s Episcopal Church in Selma, Alabama with Minister Jack Alvey officiating at 11:00 a.m. Burial will follow at New Live Oak Cemetery with Lawrence Brown-Service Funeral Home directing.  At a later date, the family will announce the time and location for a memorial service in Atlanta, Georgia.

In lieu of flowers, memorials may be directed to Weinstein Hospice, 3150 Howell Mill Road, Atlanta, Georgia 30327 or your favorite charity.

Willie Lee Craig, age 85, was the youngest child born of union of the late E.B. and Louise B. Craig.... read more