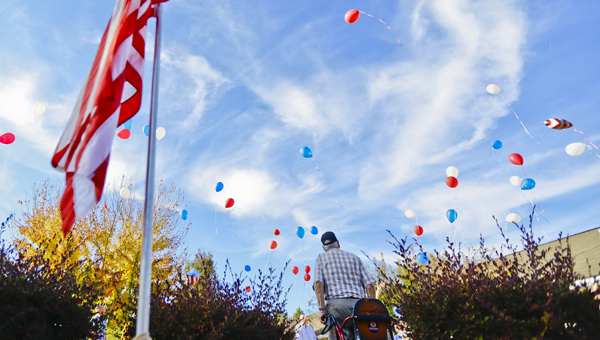 The senior community hosted a Veterans Day program a day early to allow everyone to attend and honor those who have served the country.

“We just wanted to celebrate our veterans that live here, said Carol Bolen activities director at Vaughan. “We have a few ladies and gentlemen and they’ve given so much of their lives [to service].”

This is the first year that the facility has had a Veterans Day program, and Bolen said that the event is in honor of veterans and to commemorate those that live there.

“We just don’t want to forget about them, because soon, in not too many years, they’ll be gone, Bolen said. “While they’re here, we just want to love on them and celebrate with them.” 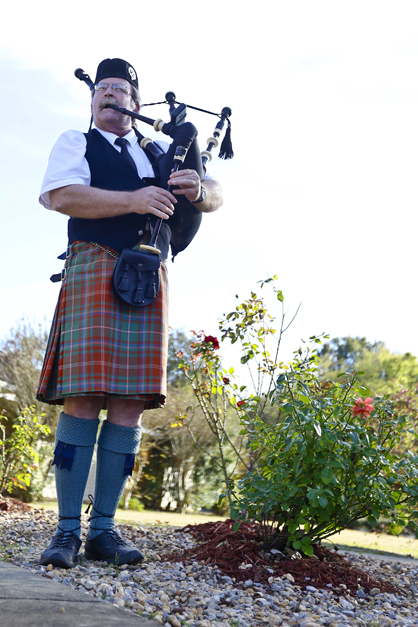 The veterans had the opportunity earlier in the day to tell their personal experiences in the military.

“There’s just some incredible stories, and it touches my heart,” Bolen said.

Charles Gray, an Air Force veteran and resident at Vaughan, said he enjoyed the program, and it meant a lot to him that everyone got together to celebrate.

“It really was a true blessing to me, and I’m sure for the rest of the men and women,” Gray said. “It meant a lot. It does to anybody that is up in years, and served their country, and the Lord was good enough to allow us to come home.”

During the program, the Church Street Methodist Choir and their director Gordon Welch led a series of patriotic songs for the residents to sing along to.

Acera Care Hospice members, who sponsored a balloon release, spoke a few words and a prayer after the music.

As the red, white and blue balloons were being released, John Nichols played the bagpipes for the residents to enjoy.

David Kendall, an Army veteran and a resident of Valley Grande, spoke a few words during the program, and expressed his gratitude for Vaughan Place Senior Living hosting the veterans’ event.

“It’s been very well to know that facilities are still honoring veteran’s and having this particular time to bring back memories of your service that you did, and seeing all the people who served,” Kendall said.