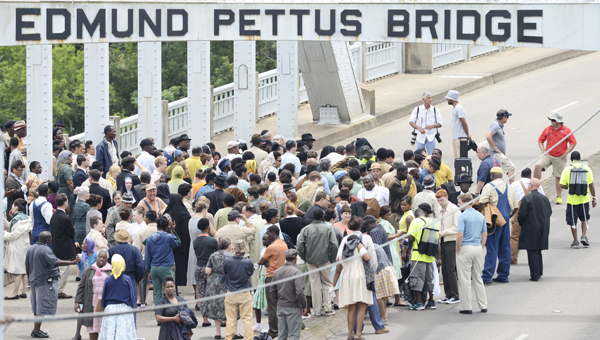 Parts of the movie “Selma” were shot in the city back in June. An official trailer for the film has been released online.

An official trailer has been released for the film “Selma.”

The two-and-a-half minute video features various clips from the city, including scenes from the Edmund Pettus Bridge and Broad Street.

Produced by Oprah Winfrey and Brad Pitt, the movie is set for a limited Christmas Day release. It will open in more theaters on Jan. 9.

Parts of the movie were filmed in Selma during the first week of June and included the recreation of Bloody Sunday, when peaceful protestors were attacked by officers on March 7, 1965.

The incident lead to passage of the Voters Right Act later that year.

The film was also shot in Montgomery near the Alabama State Capitol and in Georgia.

Students get a first-hand look at an airplane Friday during the third annual Aviation Day, which was hosted by Wallace... read more