The Selma man who allegedly shot his uncle appeared in court Monday to face his first-degree assault charge.

Chadwick Jermaine Blake, 27, is currently in jail with a $250,000 bond following his Friday arrest. 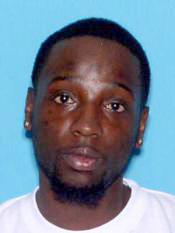 “We were glad about the bond given the fact this guy would shoot his uncle like that,” Jackson said. “Of course, this a very serious offense.”

Selma Police responded to the 3000 block of Annie Cooper Avenue last Wednesday at 1:50 p.m. in response to a reported gunshot victim. Officers found a 51 year-old male who had been shot in the left leg, according to Lt. Curtis Muhannad with the Selma PD.

The victim told officers his nephew, Blake, shot him following a verbal altercation, punched him in the face and held the gun to his head. Blake’s uncle received first-aid from Care Ambulance but refused to be transported to the ER for further treatment, Muhannad said.

The Selma Police Department issued a warrant for Blake’s arrest Wednesday, and he was arrested the following Friday.

Blake is scheduled to appear in court Dec. 9 for his preliminary hearing held at the Dallas County Courthouse, according to Jackson.

First-degree assault is classified as a Class A Felony. If convicted, Blake could face up to 20 years in prison, Jackson said.

Debbie Anderson’s class at Morgan Academy rehearses for the veterans program, which will be put on Thursday at the school.... read more