Shoppers get preview of Christmas season 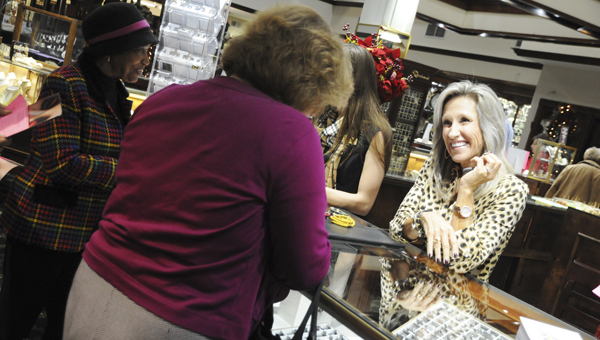 Broad Street was beginning to look a lot like Christmas during downtown’s annual Preview Party.

Several stores extended their normal business hours to give shoppers a peek at the deals to come or even get a jumpstart on their own Christmas lists.

“It’s important to let people in town know what we have here,” said Doris Truax, owner of Butler Truax Jewelers. “It’s a fun event for the town. It’s a win-win. People can come out and have a good time, and it lets people know we are here.”

Several others set up inside Butler Truax, including Mark’s Mart, The Vineyard, Rountree Outdoors and Ev Marie’s Cupcakery.

The Samaritan’s Purse Operation Christmas Child will help children across the world have a good Christmas. Christmas is fast approaching,... read more