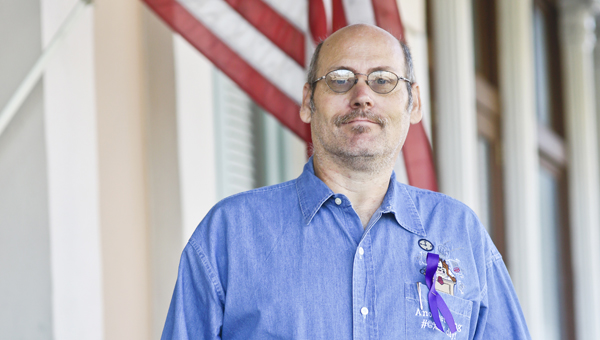 Selma resident John Farris Harper wants to raise awareness about Chiari malformation, a rare brain condition that he was diagnosed with a decade ago.

Everybody knows pink in October stands for breast cancer awareness, but there are many diseases and disorders people suffer from that most know nothing about.

John Farris Harper was diagnosed with one of those conditions almost a decade ago.

He suffers from Chiari malformation, or CM, which happens when the lower portion of the brain descends into a person’s neck.

The disorder can results in a wide range of symptoms like coordination problems, muscle weakness, vision and swallowing difficulties or severe headaches. It’s more commonly diagnosed in newborns but can occur later in life.

According to the National Institute of Neurological Disorders and Stroke, the condition occurs in one of about every 1,000 births.

Complicating that estimate is the fact that some children who are born with the condition may not show symptoms until adolescence or adulthood, if at all.

Harper was in his 30s when he was diagnosed after he went to the doctor with debilitating headaches.

“You can’t do anything — it’s worse than a migraine,” Harper said.

He’s since had surgery but still has balance issues and headaches.

Harper is working to raise awareness about the condition and network with others who suffer from it.

“I would like people to know about it,” he said.

People with Chiari malformation are often given a wrong diagnosis.

“Doctors will say you just have a headache, go home,” Harper said. “Your body will tell you that something is seriously wrong.”

He can be contacted on Facebook by looking up John Farris Harper.