Man shot and killed, suspect turns himself in at station

A 25-year-old man was shot and killed Wednesday at approximately 6 p.m. in the 2100 block of Bienville Street in Selma.

The suspect shooter, K’Chebe Derrick Boyd, 29, of Selma turned himself in at the Selma Police Department station about 9 p.m. 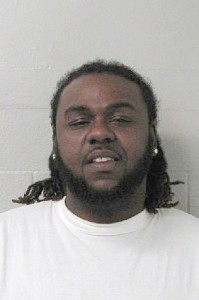 Selma officers responded to a 911 call about a gunshot victim. When officers arrived, they found a man with multiple gunshot wounds lying in the front yard of a residence, according to Lt. Curtis Muhannad with the Selma Police Department.

The victim was shot once in the neck and once in chest, Muhannad said. Care Ambulance transported the man to Vaughan Regional Medical Center, where he died.

Investigators identified Boyd as the possible shooter and went to locations he was known to frequent, according to Muhannad.

A possible motive for the shooting was an argument over money after a game of dominoes. Muhannad said. Authorities continue to investigate.

Boyd turned himself in at the department and was interviewed by detectives. He was arrested on probable cause for murder and booked and taken to the Dallas County Jail without bond.

Detectives recovered a .22 caliber semi-automatic handgun and two .380 caliber shells at the scene, but it’s unknown at this who the gun and shells belong to, according to Muhannad.

Check back for updates on this developing story.