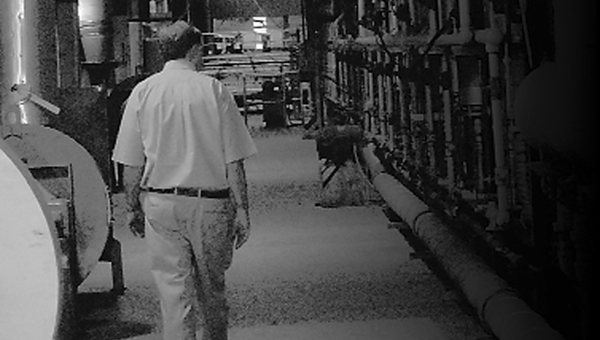 In the photo above, Ted Henry walks next to one of the kilns at Henry Brick Company before his retirement in 2010.

When Henry started at his father’s brick making company in 1961, the company manufactured 26 million bricks.

Under his leadership, Henry Brick Company expanded and hit peak production in 2006 when 116 million bricks were made at the company’s Water Avenue plants.

“Ted Henry was the epitome of a gentleman. The bottom line is he loved Selma,” Ballard said.

“His contributions will be long remembered after we are gone — much of Selma is built out of the bricks he and his family made.” 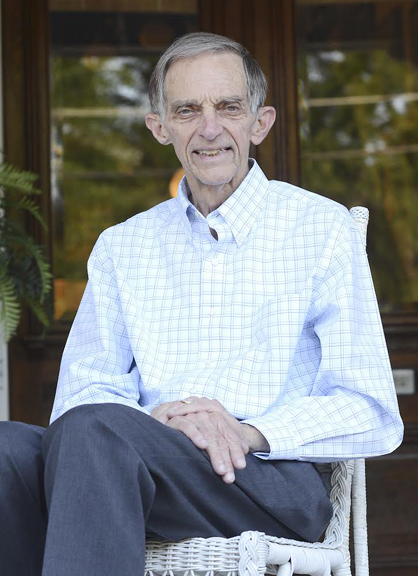 Ballard said he spoke with Henry often and as recently as last week about a road project near the family’s Tree Top Lodge, a place Henry allowed the county to use for meetings about industrial recruitment and expansion.

“Ted let us have carte blanche use of that lodge,” Ballard said. “He was really tuned in to what a community needs to remain viable — that’s industrial recruitment.

Henry officially started working in the family business after his father John David “J.D.” Henry suffered a heart attack at 48. With time, elder Henry fully recovered and father and son worked together for 12 years.

Henry Brick would continue to grow in the decades to come. His sister Rosemary’s husband Art Gleason joined the company as president while Henry continued as chairman and CEO.

A second plant was added in 1995 and by the next year Henry Brick was manufacturing more than 100 million bricks every year, which it did for 11 straight years.

“I would have to say the benefits of what he has done for this county and city are immeasurable,” said Wayne Vardaman, executive director of the Selma and Dallas County Economic Development Authority. “He was a good corporate citizen. Ted Henry got involved in everything he had a passion for.”

Vardaman said he sought Henry’s advice on many projects through the years.

“He just exemplified character and professionalism. We have lost a good statesman and good friend,” Vardaman said.

In addition to his work with the company, Henry was a civic leader and passionate supporter of causes close to him.

He served as chairman of the board of Peoples BancTrust Co. Inc., now Trustmark, where he was director for 40 years.

Through Henry Brick, Henry and his family helped establish the rose garden pavilion at Sturdivant Hall.

When Henry officially retired in 2010, the torch was passed to a third generation. The company now includes Henry’s two sons, Davis and Denson, as well as two of Rosemary’s sons-in-law, Jim Cothran and John Hanning.

“Dad was definitely a Selma man and wanted what was best for the community,” said Davis Henry.

“He and Uncle Art did a great job, and it’s up to us to keep up that legacy in our community. We have big shoes to fill.”

He served on the boards of Leadership Alabama and the Business Council of Alabama and was on the Alabama Historical Commission, including a term as chairman.

He was also a director and served three years as chairman of the Brick Institute of America, the national organization for brick manufacturers. He also served 10 years a director of the National Association of Manufacturers.

Selma Mayor George Evans said despite all Henry accomplished at his heart he simply wanted what was best for Selma.

“He was one of the pillars of Selma. All he ever talked about was Selma,” Evans said. “He was genuine, sincere and honest. He never told you anything you couldn’t count on. He was soft spoken and never looked for praise or recognition. He just wanted to be a part of a success story in building our city.”

A celebration of Henry’s life will be held at Cornerstone Presbyterian Church at 2 p.m. Friday, Oct. 24 with the Rev. Jerry Gunnels officiating.