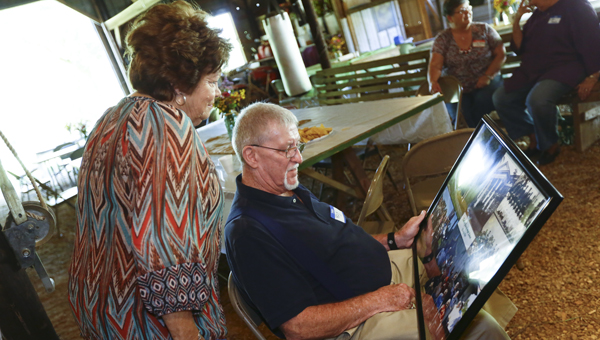 Dallas County High School alums Judy Tucker Harris and Roy Abbott reminisce and look at photos of their class during a reunion Tuesday near Plantersville.

Roy Abbott and Donnie Russell have been best friends since their high school days, about some 50 years ago.

As members of the Dallas County High School class of 1964, Abbott and Russell decided to get the crew back together Tuesday to celebrate with a 50th reunion.

“Me and a high school buddy [Abbott], now three and a half years ago, were riding around one day saying we would like to put together another high school reunion,” Russell said. “We thought and we thought, and I said, ‘Bingo, let’s do it in the barn.’”

They talked about having the reunion at a restaurant or event facility, but decided that they really wanted to have it at a place that they could stay all day and bring their own food. That place was Russell’s barn. 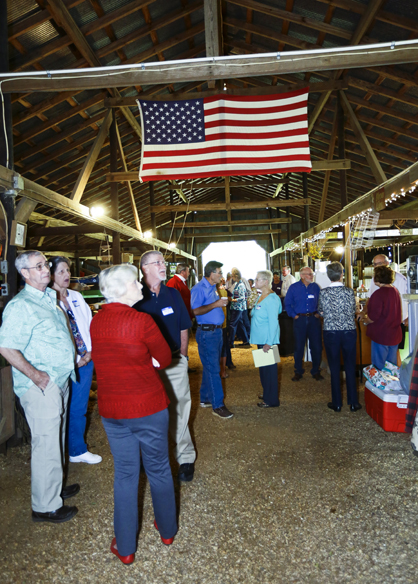 Dallas County High School graduates from 1964, ’65 and ’66 gathered Tuesday for a class reunion.

Several graduates did make the trip from other states across the South, including Tennessee, Kentucky, Louisiana and Georgia.

Judy Nix Mayes, a graduate of 1965, said that the drive was well worth it, and she is excited to be able to see everyone that she hasn’t seen is so long.

“We’re just a family. There was only 26 in our class, and we were always together,” Mayes said. “Friendships that just never end.”