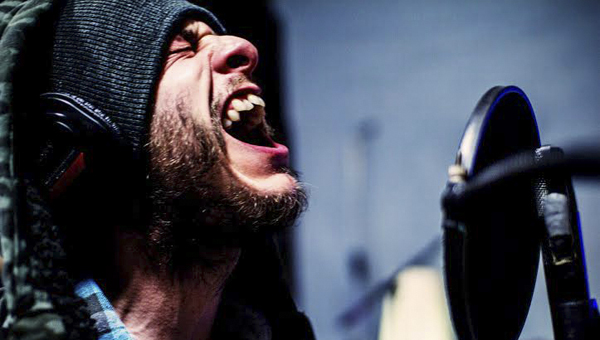 Selma native Justin Turberville is working on a new album and recently released another through Birmingham’s Elegante Records.

As someone who grew up around the temptations and pressure to join gangs, take drugs and drink, Turberville depended on the red guitar his father and classical musician Billy Turberville gave him to escape it all.

He spent as much time in his room as he could as a teen playing music from rock band Metallica, AC/DC and other legends.

“Music saved me,” Turberville said. “It created this little world where it was just me and my guitar.”

The journey to success wasn’t an easy one for Turberville, who initially recorded album after album without gaining any attention from it.

It wasn’t until he recorded at a Birmingham studio called Ole Elegante Records when everything changed for the better.

That’s when music producer Lesy Nuby had a chance to listen to Turberville’s music and signed the R&B Rock artist to Ole Elegante Records.

Turberville said it was his authenticity as a musician that helped him grow in his career.

“If you can work hard on stage to be yourself and project who you are to other people and be honest, people will be listening,” Turberville said.

“That’s how I’ve been somewhat successful. There is no pretending, because people see through it.”

Turberville has written more than 1,000 songs with several of them inspired by his life in his hometown.

“We have so much history [in Selma], and it’s very valuable to my song writing,” Turberville said. “Everything from the moss in the trees to the things that I went through inspires me.”

Although life in Selma was hard at times, Turberville feels he owes his success to the tough experiences he had in his hometown. And he can only hope that young residents will realize their full potential.

“I’m not some famous guy. I probably never will be, but my music will always live on,” Turberville said. “I just hope the younger people in Selma hear my music as an example that you get out there and do more than bad stuff in Selma.”

To listen to Turberville’s music for free and learn more about the artist, visit www.justinflaveturberville.bandcamp.com.