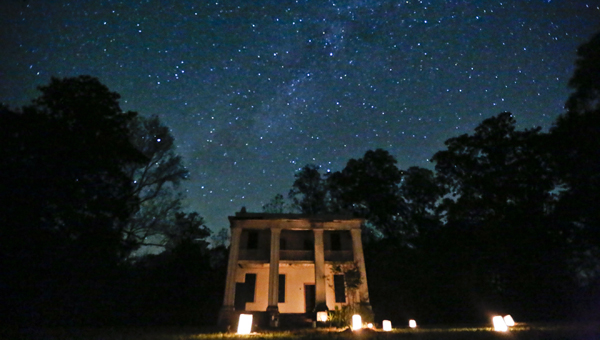 Even with the rich history that Selma and Dallas County has, there is sure to be more than what the eye can see.

The unseen, or paranormal, is exactly what Johnny Rushing, and his team of investigators tried to find Friday.

“We started out with the belief that we wanted the real paranormal shown, instead of what you see on TV,” Rushing said.

The Central Alabama Paranormal Investigation Team was founded in 2000, and since the beginning, they have had a love of Selma and Cahawba.

A combined effort between the investigation team and Old Cahawba Archieological Park, brought the paranormal to life with the haunted history tours.

“We started the haunted history tours in Selma and [Old Cahawba] just to promote Selma and the area and Dallas County in general to promote the historical significance of the area,” Rushing said. “Selma has one of the largest historic districts in the southeast, and it’s something that we really really wanted to do.”

The team sets up a mock investigation at the slave quarters at Cahawba during the tours.

“We do a mock investigation, a little mini investigation, and let people that normally wouldn’t have a chance, or an opportunity to investigate the paranormal … get involved,” Rushing said.

Old Cahawba is full of history, and Rushing said that is the main reason that he wanted to be a part of bringing in visitors.

“The reason we bring the paranormal into it is that’s the hook to get everybody in, and then to share with them the history,” Rushing said.

When the team is not investigating Cahawba, they can be found at a multitude of other places searching for something that can’t be explained.

“There’s no limit [on places to investigate],” Rushing said.

However, when the team goes into any investigation, they are looking for anything possible that could be causing what seems to be paranormal experiences.

“When we first go into any investigation and it’s our first time there, what we’re looking for is to dispel it,  Rushing said. “That’s what we do. We’re a skeptical team, because it had to be proven to us.”