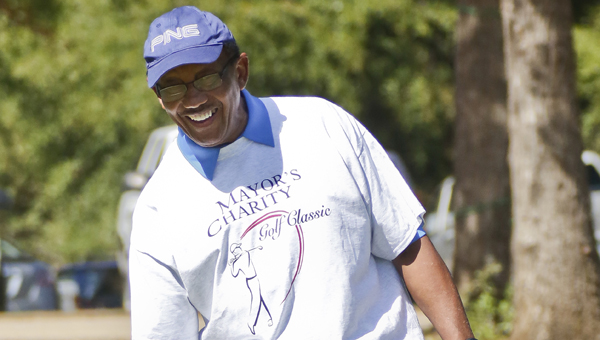 Although every putt he lined up didn’t drop, nothing could wipe a smile off of Selma Mayor George Evans’ face Friday at Valley Grande Golf Course.

Evans’ fifth annual Mayor’s Charity Golf Tournament took place at the course Friday with a record number of participants with 93.

“I’m just excited about the turnout and the weather,” Evans said. “[This] is going to give back to a lot of special needs children in Selma and Dallas County.” 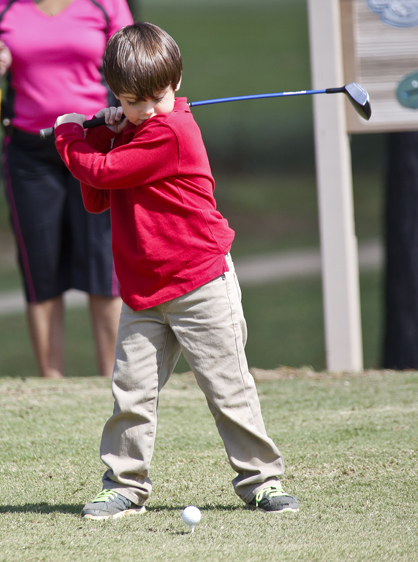 Crawford Smith plays during the tournament.

Evans putted for every team on the 18th hole and even knocked in a couple of birdie putts throughout the day. At one point, after making a short 5-foot putt, he fist pumped and smiled.

But this was about so much more than golf.

This year Valley Grande Golf Course borrowed carts to help the tournament be even bigger than past years. The tournament, which was a three-man scramble, had a total of 31 teams.

Evans was excited about how much Wednesday’s tournament will help special programs around the county. He said the need for help in that area is great because of a lack of funding.

“The need is so big because the state always cuts back on funding for agencies,” Evans said. “Special needs programs are even sometimes cut back even harder, so this program gives the special needs program and agencies some extra money to do some things they want to do.”

The tournament field was broken into four flights.

Special guests go back in time to Wild West