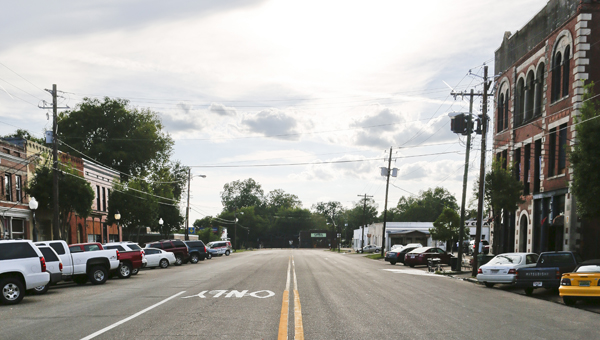 A streetscape project for Water Avenue has been delayed until late 2015 due to March’s Bridge Crossing Jubilee and cost concerns.

A decision to delay a streetscape project for Water Avenue near the Edmund Pettus Bridge will buy the city time and, leaders hope, money.

Selma received an almost $500,000 Alabama Department of Transportation grant to complete the work, which includes improvements to sidewalks, lights and parking.

However, there was some concern the project couldn’t be finished before March’s Bridge Crossing Jubilee and the 50th anniversary of Bloody Sunday, which helped spark the Voting Rights Act of 1965.

The city also hopes to secure additional grant funding to pay for a median, landscaping and other improvements that were part of the project’s original design.

“Due to the Civil Rights activities going on in March and trying to secure a little bit of additional funding through ALDOT, the city has elected to try and push the project off until next year,” said Josh Pierce, with Goodwyn, Mills and Cawood, architects for the project. “I think that will alleviate a lot of concerns.”

To redo Water Avenue as designed from Broad Street to Church Street could cost as much as $700,000, architects estimate.

“In order to do the scope of the work that was designed and presented to us and to the community, there will need to be an additional grant application done,” Pierce said.

ALDOT will have another round of grant applications in the spring. Selma Mayor George Evans has met with state officials and is confident the city will receive additional funds.

“I believe we’ll get it. It looks promising, and we are still working on that,” Evans said.

The city will go after others grants and could budget to use city money to finish the project if no other grants are awarded, according to the Selma’s director of planning and development James Benderson.

Nearly four years ago, Water Avenue from Broad Street to Martin Luther King Street was streetscaped. Sidewalks were bricked, curbing and parking improved and utility lines were buried. The street was repaved and restriped as well.

Pierce said this project doesn’t currently include buried utilities or any repaving, as the funding is not there for it.

During a public meeting concerning the project Wednesday, several residents and business owners asked how much it would cost to match the work that was done on the east side of Water Avenue.

“The idea now is to pursue whatever avenues we can to get whatever funding we can. We have time on our side,” Evans said. “We don’t want to go start something and not complete it and be half done.”

Pierce estimated the project would be concluded by late 2015.

The Alabama Department of Transportation originally approved the funding for the second phase of the Water Avenue Redevelopment project, as part of the Transportation Alternatives Program (TAP) back in the fall of 2013.

Timeka Ross started Concordia College’s track and field program. She overcame the death of her husband at a young age.... read more