Two Selma men may spend years in prison after allegedly robbing people living in two apartments at gunpoint for $15.

Anthony Finney, 21, and Jermaruin LeShore, 23, have been arrested and charged with two counts of first-degree robbery after reportedly robbing two separate apartments Sunday, according to Selma PD. 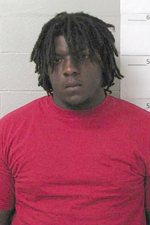 The apartments were in a complex on the 500 block of Medical Center Parkway, according to authorities.

As of Tuesday afternoon, the suspects were in the Dallas County Jail under bonds totaling $120,000 each. 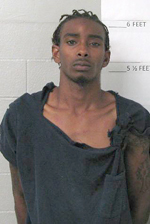 The suspects reportedly knocked on both apartment doors, causing residents to open them unaware of the unexpected visitors’ intent, Muhannad said.

Once the door was open, the men forced their way inside, wearing stocking type masks and waving handguns. Between the two apartments, the suspects stole a total of $15 before running away.

The victims instantly reported the incident to Selma Police on Sunday, and the department began their investigation.

The following day, the robbery victims saw LeShore and Finney hanging out on the 500 Block of Medical Center Parkway. They called police while several other residents kept the suspects in the area until officers arrived to arrest the two at 7:05 p.m.

First-degree robbery is a felony. If convicted, LeShore and Finney may face 15 years to life in prison and up to $60,000 in fines. According to reports, Finney’s address is 124B Felix Heights Apartments, and LeShore’s address is 405 Medical Center Parkway No. 34B.

Desiree Wilson, the 2014 Miss Concordia College Homecoming Queen, takes a moment to pose for a picture before going to... read more