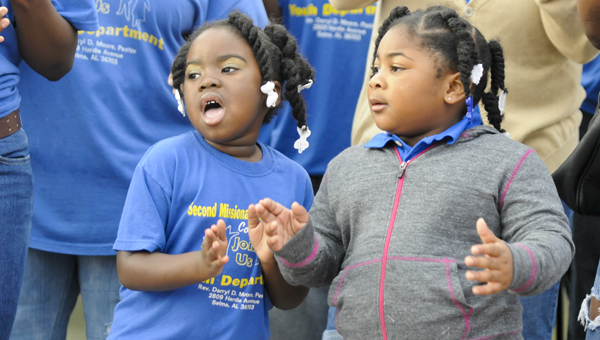 Dr. Geraldine Allen’s life and impact on Selma and Dallas County was remembered during the Link’s 19th annual Walk-A-Thon on Saturday.

City and county leaders, as well as Allen’s family, unveiled a plaque honoring Allen at the Riverfront Amphitheater Park. The walking and bicycling trail there is now officially named after Allen.

“She served in so many capacities, and she was faithful to the end,” said the Rev. Darryl Moore of Second Missionary Baptist Church. “We thank you Lord for loaning her to us these many years. She tried her best to get us healthy and make things better for us in Selma. She is resting for her labor.” 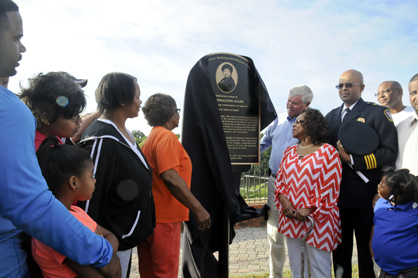 A plaque dedicated to Dr. Geraldine Allen was unveiled Saturday.

Allen died in 2010 at the age of 52. She was president of the Selma City Council at the time of her death.

Allen was also the director of the Master’s of Science in Nursing at Troy University. She held many positions during her long nursing career.

She worked as director of the Intensive Care Unit at Selma Medical Center, in nursing education at Vaughan Regional Medical Center as well as an instructor at George C. Wallace Community College in Selma and the University of Alabama-Birmingham.

“Her services are not needed where she is now,” said Dallas County Probate Judge Kim Ballard. “I miss her. She would have been proud of [the Walk-A-Thon].”

Selma Police Chief William Riley said one of the first pieces of advice Allen gave him when he moved to town was to treat people how you wanted to be treated and stand up for what’s right.

“That’s what I tell my family and officers. At the end of the day, you will stand on your own principals,” Riley said. “She had a vision. She wanted something for all of Selma, not part of Selma. Her legacy lives on with the people she touched, taught and mentored.”

“She gave me great strength and encouragement,” she said.

Charlotte Griffith is president of Links and Pearlie Wright was the Walk-A-Thon even chair.

“We could honor no better citizen of Selma than Dr. Allen,” Griffith said.

Orrville Seahawks player Antiwan Thomas celebrates a fourth down stop in overtime that gave the Seahawks a 16-8 win over... read more