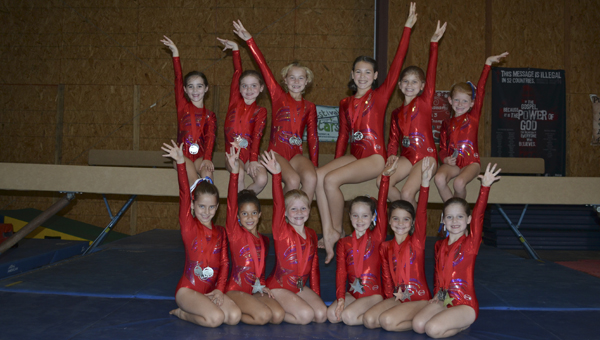 The Dixie Flips gymnastics team traveled to Montgomery to compete in the Festival of Stars, their second meet of the season.

Sr. A, McCann Perkins placed ninth on vault, sixth on bars, tenth on beam, eighth on floor and ninth in all-around.

Sr. B, Ruth Stevens placed twelfth on vault, tenth on bars, twelfth on beam, second on floor and tenth in all-around.

The Dixie Flips will compete in October in Tuscaloosa at the Fliptanic.  For class information, please call head coach Tracey Craig at 334-431-0041, or visit the Dixie Flips location at 3966 Landline Road, by the softball complex.