A Selma man has been labeled as a wanted fugitive after allegedly shooting into a business near the 1100 block of Alabama Avenue early Sunday. 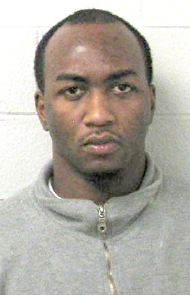 The Selma Police Department said witnesses reported Octavius Antwan Brown, 27, as the individual responsible for shooting into a populated area at 2 a.m., while traveling west on 1100 block of Alabama Avenue in a black Honda Accord.

A business in the area was struck twice as the rounds entered the business and damaged merchandise, according to Selma Police Department’s Lt. Curtis Muhannad.

As a result, Brown is wanted for discharging a firearm into an unoccupied building.

“Mr. Brown has several violent crime arrests on his criminal history and he is considered armed and dangerous,” Muhannad said, adding the business was closed at the time of the shooting.

“A total of seven 9mm shell casings were recovered from the scene along with several bullet fragments,” Muhannad said. “No one was reported injured during the shooting.”

Brown’s mother turned the Accord, driven during the reported incident, into police Monday.