Dr. Clay Fuller Ziegler, a Selma native, has been named chief resident for the 2014-2015 academic year at the University of Alabama at Birmingham Department of Pediatric Dentistry.

Dr. Janice G. Jackson, program director at the Department of Pediatric Dentistry, made the appointment in May. 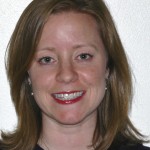 Ziegler is a 1999 graduate of John T. Morgan Academy, a 2003 graduate of Birmingham-Southern College and a 2007 graduate of the University of Alabama Dental School.

Upon completion of dental school, Ziegler practiced general dentistry in Denver for five years before returning to Birmingham to specialize in pediatric dentistry.

Ziegler is married to Bryan Ziegler, and the couple resides in Homewood. Ziegler is the daughter of Dr. Cecil W. Fuller of Selma.

BBQ on the Green tickets remain

Time to get tickets for Sturdivant Hall’s annual Barbeque on the Green fundraising event is running out. The fundraiser, which... read more