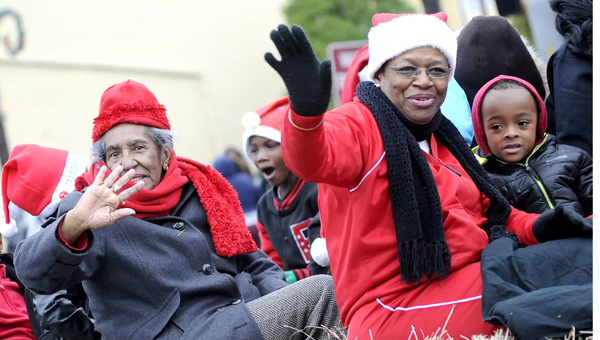 The deadline to submit a theme idea for the city of Selma’s annual Christmas parade is Thursday, and organizers are hoping a bunch of ideas will come in during the last week. (File Photo | TImes-Journal)

The deadline to submit a theme idea for the city of Selma’s annual Christmas parade is Thursday, and organizers admit the flow of submitted ideas has been slow.

“It has been slow, but we have a few days left,” Selma-Dallas County Chamber of Commerce executive director Sheryl Smedley said Friday. “We are still hoping for a bunch of ideas to come in over the final days.”

Once the ideas are received, the ideas will be narrowed to the final five and then the winner will be chosen through a Facebook voting contest beginning Friday, Sept. 19.

In an earlier interview with the Times-Journal, Smedley said the idea of having the public vote on the ultimate winner drew support from Selma Mayor George Evans.

“I wanted to get the public engaged, and we are always looking for ways to make the event big, better and more community—oriented,” Smedley said earlier.

“This event is for the community, so I want as much public input as we can get.”

In years past, themes for the parade have included Winter Wonderland, a Storybook Christmas and Red, White and Blue and Santa, Too.

Smedley said members of the public are welcomed to submit ideas to her at the chamber’s office, located at 912 Selma Ave., by Thursday. Ideas could also be submitted by email by sending those to info@selmaalabama.com.

“We hope to have tremendous participation for this year’s parade, like we’ve always had,” Evans said in an August interview with the Times-Journal.

“The parade gets bigger and better every year, and I don’t see why this year’s parade will be any different.”

The annual Selma Christmas parade is set for Saturday, Dec. 6.