Sales tax holiday for outdoors expected to be big business 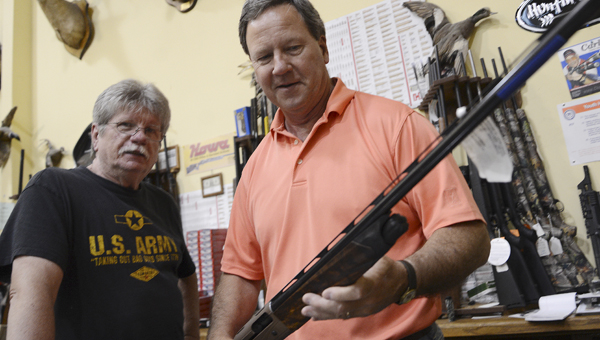 For those looking for great deals on items needed for storm and hurricane preparedness, traditionally use Alabama’s sales tax holiday in late February.

For those looking for great deals on items needed for the upcoming school year, traditionally use Alabama’s sales tax holiday each August.

But, for those who spend thousands of dollars in getting ready for each deer season in Alabama, there isn’t a sales tax holiday on the calendar.

That’s not the case when it comes to those who live in Mississippi and Louisiana.

“I think that is a really interesting idea,” Tim Wood, with the Central Alabama Farmers Co-Op, said. “I had not heard of that, but it will be interesting to see how successful it is.”

Wood said a similar sales tax holiday in Alabama could be successful, but would depend on the perfect timing.

“I would think it would work well if it were closer to the start of rifle season,” Wood said, referring to the mid-November start of the use of rifles in hunting deer. “I don’t think it would mean as much any earlier.”

But, Wood also isn’t sure a tax holiday will happen in Alabama.

“It would be a big deal in this area because of how big hunting is here,” Wood said. “But I am not sure if the state will approve another sales tax holiday weekend.”

“I don’t think the state could afford to lose any more tax revenue,” Melton said. “We are having a hard time as it is in generating tax revenue.”

Melton said his support or lack of support for any holiday would come down to job creation.

“We need to be focused on those measures that create jobs,” Melton said. “If an idea such as this would create jobs in the Black Belt, then it would be something to consider.”

Melton, who was also unaware of Mississippi’s holiday, said he would look into the particulars of the program.

Brenda Haywood works behind the counter at the Sand Bar restaurant Wednesday afternoon near flowers and photos of Gordon McLendon.... read more