Sturdivant Hall prepares for Barbeque on the Green 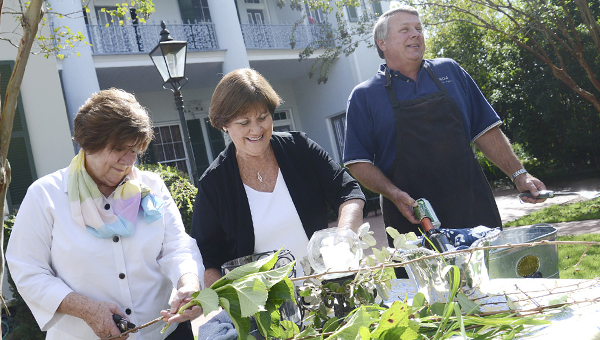 Tickets are on sale for Sturdivant Hall’s annual Barbeque on the Green fundraising event, which will take place on the back lawn of the historic museum from 6 p.m. to 9 p.m. on Thursday, Sept. 18.

Mary Hansell, director of Studivant Hall said organizers are hoping this year’s event could attract the largest crowd ever.

“Last year we had 490 people, and we are really hoping to hit the 500 mark this year,” Hansell said. “We are selling 500 tickets this year and then we will cut it off.

We’ve gotten close to 500 tickets sold before, but we are really hoping to do it this year.”

This year, the organizers have planned to show a college football game live during the annual event. Hansell said a big screen would be set up outside of Sturdivant Hall to show the Auburn game against Kansas State.

Tickets for the event, which are $25 each, can be purchased at Sturdivant Hall, Butler-Truax Jewelers, the Selma-Dallas County Chamber of Commerce, Swift Drugs, from members of the Sturdivant Hall board of directors, or by calling Sturdivant Hall at 872-5626.

Hansell said the event takes months of planning by the hall’s board of directors.

“We started planning the event once it is over,” Hansell said. “We already have a barbeque committee in place to start planning for next year, as well. We’re excited for the event and hoping for good weather and a good turnout.”

Hansell said the barbeque is the most important event the museum hosts throughout the year. The proceeds from the event go to support the museum’s operational costs.

“It is our biggest fundraising event every year and the money raised here helps us keep the place open for guests year-round,” Hansell said. “It’s important to have the support of these businesses and everyone who is able to purchase tickets.”