Arrest made after high-speed shootout through Selma

A Tuesday afternoon drive-by shooting on Philpot Avenue that injured two people might have been the spark for a high-speed shooting early Saturday morning. And, one of those shot and injured in Tuesday’s incident, now finds himself jailed for taking part in Saturday’s gun battle.

Selma Police were working on security at Mr. Waffle Saturday on 1500 block of West Highland Avenue, when they noticed a white vehicle chasing a green Dodge Neon at a high rate of speed at 3:30 a.m. Police report the occupants of each vehicle were shooting at each other as they raced down the road. 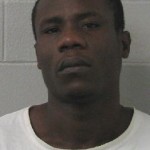 Officers began to pursue the vehicles but lost track of the white, unidentified vehicle. But, police were able to stop the green Dodge Neon on Alabama Highway 219, after the car stalled.

One of the occupants of the car, 25-year-old Te’Anthony Lewis of Selma, left the car and ran, but was apprehended by police after a short chase. The other two passengers, a 17-year-old female and 18-year-old Earlando Oliver were taken into custody.

Inside the car, police found a 9 mm and 40 cal. handgun, which the National Crime Information Center had reported stolen. 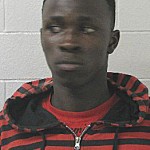 Oliver is one of two teenagers who was shot during Tuesday’s drive-by shooting on Philpot Avenue and Saturday’s incident, police believe, was a continuation of those hostilities. In Tuesday’s shooting, Oliver was shot in the jaw and required treatment at Vaughan Regional Medical Center.

“We think it’s an ongoing attempt at ending Mr. Earlando Oliver’s life based on the conflict that he has with members of GWC Homes,” said Lt. Curtis Muhannad, with the Selma Police Department.

Muhannad said Tuesday’s shooting and the events Saturday morning are part of an ongoing conflict between some residents who live in GWC Homes and those who live on Philpot Avenue.

Courtney McGuire, 46, was the driver of the Dodge Neon. 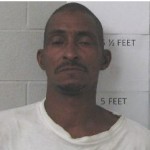 Oliver was charged with one count of attempting to shoot into an occupied vehicle, one count of receiving stolen property and one count of carrying a concealed weapon. Oliver is currently in jail under bonds totaling $106,500.

McGuire was charged with one count of failure to appear in court for a traffic violation. He is currently in jail under a $5,000 bond.

The 17-year old female was arrested for child in need of supervision and released to her grandmother.

Police are conducting an ongoing investigation in locating the white vehicle and its occupants.