Phoenix Park plays host to I Have a Dream Celebration 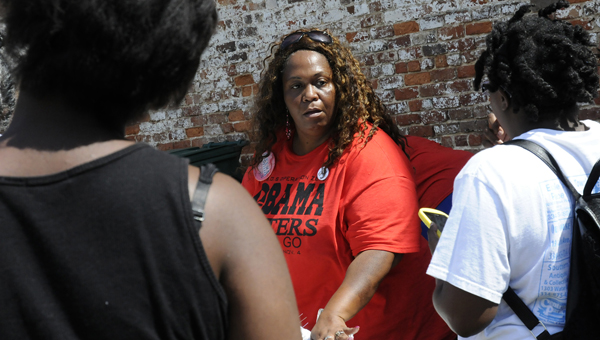 Event organizer Queen Tate led Thursday’s I Have Dream Celebration to commemorate the 51st anniversary of King’s “I Have a Dream” speech.

The 1963 speech was delivered at the Lincoln Memorial in Washington D.C. to promote the concept of equal opportunity at a time when racial injustice was widely accepted.

“People come and voice their dreams and what they hope for the community,” Tate said. “I believe I can make a difference in keeping the dream going.”

In addition to speeches and presentations, the day also included free food and entertainment and an open microphone segment.

R.L. Zeigler and Bush Hog were the event sponsors.

For Athens resident Clint Brown, who witnessed much of the movement for equality when he was child, the celebration was especially important.

Brown said one the most intense memories that reminds him just how essential leaders like King were was the Albany Movement, where King united with Southern Christian Leadership Conference, the Student Nonviolent Coordinating Committee and the National Association for the Advancement of Colored People to protest against segregation and discrimination in southwestern Georgia.

“I think those folks from that era were awesome and brave,” Brown said. “They faced all sorts of violent opposition and their bravery led to the passage of one of the most important pieces of legislation affecting Civil Rights in this country’s history—the Voting Rights Act of 1965.”

Tate said she is looking forward to next year’s celebration.