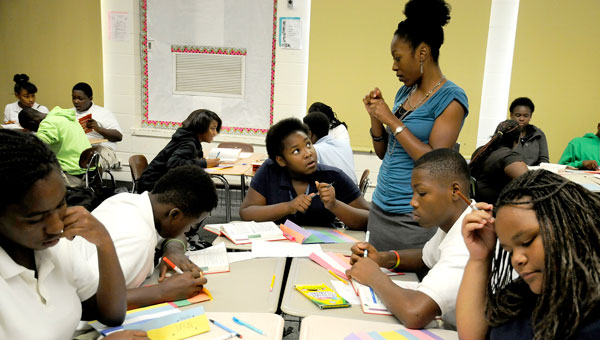 The start of the school year has brought with it an expected decline in student populations across the Dallas County School System.

During a recent meeting with the Dallas County School Board, Superintendent of Education Don Willingham said enrollment as of last Friday was 3,280. That figure is 115 fewer than the 3,395 enrolled in county schools at the same point last year.

Willingham said he expected the system to lose about 100 students, because, he said, the system has been losing 100 students yearly as a result of the decrease in the county’s population.

He also said fluctuation in enrollment also stems from the students moving from one grade level to the next. For instance, Southside Primary’s enrollment is likely to see a decrease when their students move on to middle school.

The decline in population is not just a lower figure on the rolls, it could impact the system’s bottom line.

The state Department of Education determines how much funding the system will receive based on the amount of students enrolled. Therefore, the more students who enroll, the more teachers are needed, which accounts for more funding.

A teacher unit is the average amount of students an instructor teaches at a time for a particular grade level. For instant, the teacher unit for high school is about 18 students, Willingham said.

The final figure for enrollment and its impact on the system’s funding is not known. The state uses the enrollment of the system at a point around Oct. 1.

Willingham said he expects additional students to enroll in the system in the coming weeks.

Police investigators look over more than a dozen bullet casings after a shooting occurred Tuesday afternoon on the 1500 block... read more