Minor nominated by board for state honor 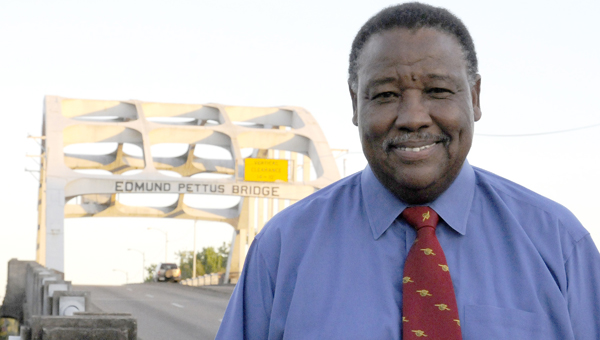 Dallas County School Board member Bill Minor has been nominated for the All-State School Board Member Recognition Program. — Sarah Robinson

When Dallas County School Board member William Minor reflects on the time he almost did not run for his current position, the memory makes him especially grateful of his recent grand nomination.

With unanimous vote, and board member Carolyn Bates absent, the board nominated Minor for the All-State School Board Member Recognition Program. In its 24th year, the program honors five current or former school board members across Alabama who have exhibited outstanding work as a member.

“My fellow board members had enough faith to nominate me, and I think that’s great,” Minor said. “I’m very, very grateful to them for doing that.”

The criteria for nomination, according to the Alabama Association of School Boards, includes evidence of commitment to its Member Academy training activities, participation in local, AASB, state and national education activities and support for AASB policies and practices.

Winners will be recognized at AASB’s annual convention and “other appropriate methods determined by the AASB board of directors,” according to the program.

Nominee Minor has served as a Dallas County Board member since 1988, temporarily holding the vice president position about 20 years after he first joined.

Minor has previously served as an educator for both the Selma City and Dallas County School Systems, serving as principal with various schools for about 48 years.

Initially, Minor was interested in joining the board, but a combination of his friends suggestions to do so and a long-time desire to bring positive changes to the system convinced him to run for the position. Minor said he ran unopposed since he first ran in 1988.

“Education is in my blood,” Minor said. “I’m on the inside, so I see what changes are needed. I know if [the Dallas County Board] can get together to make effective changes.”

Willingham smiled as he explained after the Monday board meeting how deserving Minor is of the honor.

“It says a lot when you represent a community and no one runs against you,” Willingham said. “We work well together.”

Police investigators look over more than a dozen bullet casings after a shooting occurred Tuesday afternoon on the 1500 block... read more