A Selma teen reportedly robbed and then murdered a 58-year-old Selma man, he just doesn’t remember when.

John Murray Jr., 18, admitted Thursday to murdering and burglarizing Stephen Sizemore in the victim’s Selma home on Dallas County Road 74. Murray, who authorities say has an extensive juvenile record, was arrested and charged Thursday with capital murder and placed in the Dallas County Jail without bond. 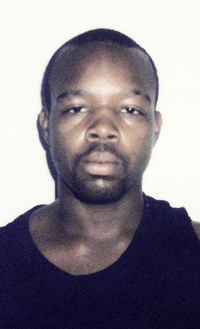 Officials with the Dallas County Sheriff’s Department are not sure when the burglary and murder happened, and Murray has not been able to provide the exact date either.

“People have to realize that once that trigger is pulled, you can’t bring that bullet back to that gun,” Sgt. Mike Grantham, with the Dallas County Sheriff Department, said. “It’s just senseless to take someone’s life for property.”

Investigators learned Sizemore sold items from his home and that Murray was a regular customer. Before the recent altercation, they reported that Sizemore and Murray did not have any issues with one another in their previous dealings.

Grantham said Murray told law enforcement during a Thursday morning confession that he originally planned to purchase items from Sizemore.

Deputies discovered Sizemore’s body Wednesday evening 6:40 p.m. when family called saying Sizemore was on the floor of his home, unresponsive. Grantham said Sizemore sustained a gunshot would to his upper body and that blood was splattered everywhere and the house was in disarray.

“[Murray] told us that he got there and things didn’t go like he wanted,” Grantham said. “One thing led to another.”

The ongoing investigation has revealed that less than $100 was taken.

“You can see where a struggle had taken place,” Grantham said. “There were signs where someone had ransacked the house looking for something.”

Grantham said Murray told investigators he confessed, because he wanted to “get it off his mind.”

“He was a little remorseful somewhat,” Grantham said. “There was very little emotion.”

Murrary is expected to make his first court appearance next week at the Dallas County Courthouse, Grantham said.