Selma experiences will always be with me 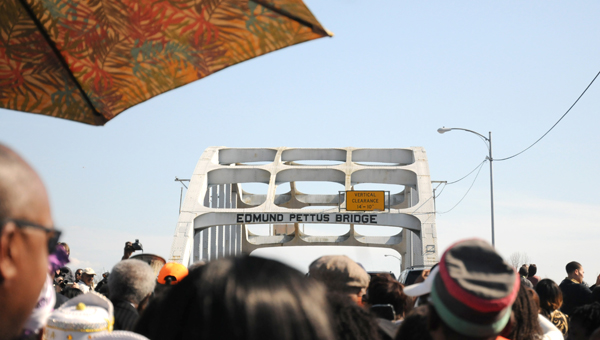 It was a fairly normal summer day in the south — about 90 degrees and breezy — but there was one significant difference about this late August day. It was the start of a one-year journey that comes to a close on Friday.

I knew little about Selma at the time. Sure, there was the civil rights history that adorned my high school textbook. It sat next to the Alabama River. The population was about 20,000. And, I knew that for a day or so I would write for The Selma Times-Journal, with the potential of joining the staff as a news reporter.

Once starting full-time in early September 2013, I began focusing on city and county government. I had barely been out of college for five months and certainly never sat through a four-hour city council meeting. Little did I know, sitting through long council meetings would become a bi-weekly occurrence. The county commission was briefer in its meetings. Certainly, the county commission was, on a regular basis, less controversial.

I came to Selma with a basic knowledge of writing and reporting. I had done a bit of full-time reporting in Natchez, Miss., but the size and scope of the stories I covered in Selma quickly grew.

Some stories stick out vividly from my time in Selma — a lawsuit over a stopped work permit in Old Live Oak Cemetery, thousands of people crossing the Edmund Pettus Bridge to commemorate the 49th anniversary of Bloody Sunday, the 149th anniversary of the Battle of Selma, a major motion picture, a unanimous vote to take over the Selma City School system and a labor dispute at an auto manufacturer that’s still ongoing.

Though, without a doubt, the Bridge Crossing Jubilee is the most memorable. On Sunday, March 7, I woke up slightly later than I should have, rushed to Brown Chapel to make it in time for a church service, where two handfuls of public officials and historic figures would speak. Immediately after the service, I followed a throng of thousands to the Edmund Pettus Bridge.

The Bridge Crossing Jubilee is just one of the many experiences I’ve had to learn about the important civil rights history that took place in Alabama’s Black Belt.

But Friday marks my last day at the Times-Journal, for now. I’ll continue my journalism journey in the Tar Heel State.

In my time in Selma, I’ve come to realize that strong source relationships are one of the most critical parts of journalism and I’ve enjoyed every interview I’ve conducted, especially contentious conversations with city officials.

Part of our job is getting quotes to intermingle in stories. Though some of the quotes that end up in the morning’s paper are well crafted and flow eloquently from the source’s mouth, reflecting reveals several comical quotes that never made it into the paper.

Perhaps my favorite comes from district judge Bob Armstrong. Just before we started an interview about the drug court program, Armstrong was sending a text message. He looked up at me and said: “I just love texting; it’s the greatest thing ever. Texting will set you free.”

More than the memories or stories I’ve written, I’ll miss the people of Selma.

Selma has its oft-repeated problems, but, truly, it’s a special city. Cities of 20,000 are often described as sleepy and peaceful, but Selma is different.

The political climate of the Queen City of the Black Belt is raucous. Its history, as rich as a southern pie, dates back dozens of decades. Selma’s historic districts – Old Town, Riverview and Icehouse – are also important parts of the city’s character. Southern hospitality is also alive and well in Selma.

North Carolina will always be my home state. It’s where I was born and where much of my family resides. Baton Rouge and Louisiana State University, with its stately oaks and broad magnolias, also hold a special place in my heart, but Alabama has quickly become a second home, especially Selma.

I’ll always look back on my time in Selma as a fond memory.

Capitol to be site of next march on Jericho

“Joshua fit the Battle of Jericho and the walls came tumbling down.” This is a refrain from a Negro spiritual... read more