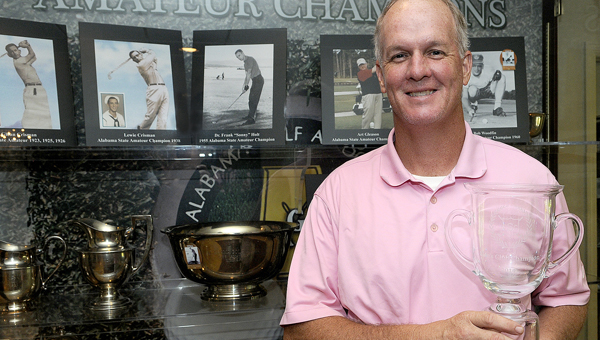 Last year Paul Garner needed to shoot a 68 on the final day of the Selma Country Club Championship to win his sixth club championship, beating Will Pearce by one shot.

This year, he needed a little more to earn his seventh title.

Trailing the leaders by two shots after the first day of the tournament, Garner went into Sunday’s round, knowing he needed to play and putt better. He did both, shooting a final round 67 to win the tournament, besting former club champion Dr. Don Blanton by two shots.

The victory marked the seventh overall club championship for Garner and the third in a row.

“This never gets old,” Garner said after Sunday’s round. “This is the final tournament of the year and is something we all shoot to win every year.”

Garner said he spends the weeks leading up to the club championship, fine-tuning parts of his game.

“There are two tournaments a year that I put a focus on; the Selma Invitational and this one,” Garner said. “I’ll try to squeeze in a few lessons, practice my putting a little more, just getting ready for this tournament.”

Now with seven club championship to his name, some may wonder if Garner is running out of space to display the trophies.

“No. If we get close to running out of room, don’t worry, we will build a bigger mantle,” he said.