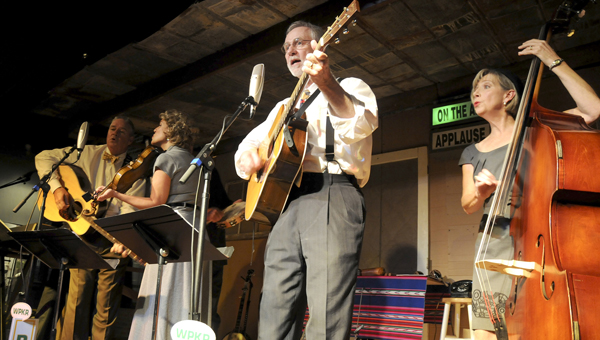 The schedule for the 2014 Kathryn Tucker Windham Alabama Tale Tellin’ Festival has been released, and it is full of performers who will take the Selma stage for the first time.

Tellers Michael Reno Harrell, Suzi “Mama” Whaples and Lyn Ford will take the stage during the annual festival, which will be held at Selma’s ArtsRevive Building Oct. 10 and 11.

“We work hard to try and appeal to all kinds of audiences,” said Ann Thomas, chairman of the Tale Tellin’ Fesitval. “It really is a feel-good kind of thing. If you bring your 5-year-old child, you don’t have to be worried about them hearing something they shouldn’t.”

While the three speakers are new to the Tale Tellin’ Fesitval, they are all veterans of storytelling. Harrell has been telling stories professionally for four decades, Whaples has performed before audiences in seven states, and Ford works as a speaking mentor along with her professional work.

“They are going to disband for a while,” Thomas said. “Several of them are from out of state and they have grandchildren. They are amazing and I really hope people turn out to enjoy their shows this year.”

Along with their performances at the festival, the storytellers will also speak to children at several area schools. This year, both days of the festival will begin with the Swappin’ Ground at 4:30 p.m., where audience members are invited to share stories with each other.

She said the event has grown since ArtsRevive took over four years ago, and it has attracted audience members from near and far.

“Last year the crowd was about the same amount of locals and people from out of town,” Thomas said. “It’s a big deal for people from all around.”

Dilcy Windham Hilley, daughter of the festival’s creator, said the event is something all people would enjoy, even if they’ve never been before.

“You don’t know what you’re missing, so get up off your couch and check it out,” Hilley said. “It’s how generations learn about their families and keep their stories alive. It’s just a beautiful way to weave family history into present day.”

While her mother was the founder of the event, Hilley said she was also its biggest supporter.