The ‘art’ of canning is making a comeback 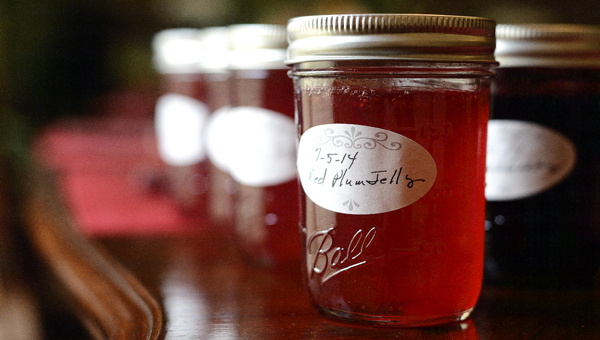 The Dallas County Extension Office has recently held workshops offering advice and training for those wanting to take up canning.

Canning used to be a way to provide for your family during the winter, but Callie Nelson, the county extension coordinator for Dallas County Extension office, says canning has come back in style.

“It’s an art,” Nelson said. “It’s a skill that we almost thought we would have a generation that wasn’t going to do it at all, but it really has come back in to vogue.”

Canning dates back to the late 18th century in France and the process of heating and storing foods has not changed much. For good reason, there are two methods those looking to can should use, water-bath canning and pressure canning.

“The reason we use the two different ones is [the pressure canner] will allow you to build that pressure to kill those spores that will cause Botulism,” Nelson said.

Botulism can prevent certain nerves from functioning properly, and Nelson warns of the toxicity of a spoiled product containing the deadly toxin.

“Of course, you can’t smell it,” Nelson said. “You can’t taste it. You can’t see it. You don’t want to play with it, because it can kill you.”

Nelson said the extension office recommended canners to use their products within a year of their canning date to prevent incidents like that from happening. 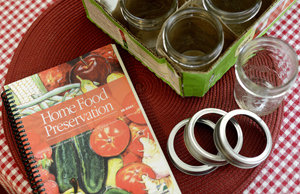 “We recommend that you use it in about a year after putting it on the shelf,” Nelson said.

Produce will go through a natural decaying process of enzymes within the fruit or vegetable. Enzymes will break down and deteriorate rotting the food. In order to preserve food, this process has to be stopped, Nelson said.

“Canning stops that process, so that’s what we’re doing,” Nelson said. “We are trying to preserve it. We are stopping that process so that the enzymes in the food are deactivated, so the food doesn’t just rot.”

The pressure canner can seem intimidating to those starting out, but if proper technique is followed, accidents may be avoided, Nelson said.

“A lot of people are afraid of them, because they’ve heard of canners blowing up on the stove,” Nelson said. “If this air doesn’t vent, it could explode, but that’s why it has the vent valve on it.”

Once someone has learned the proper procedures when canning, Nelson said the range of what a person may can is limitless.

“The kids are the ones who are really surprised, they say, ‘Ms. Nelson, you can make that?’ and I say, ‘Baby, you can make anything you buy in the store. You can make it at home. Anything.’ You’ve just got to get the right recipe and follow the procedure for it.”

Canners are not just limited to one produce item when canning either. The procedure just changes slightly when combing two or more different types of produce, Nelson said.

“You can, can with different combinations,” Nelson said. “You can put different things in it. What the rule of thumb is whatever vegetable or produce in there requires the largest amount of processing time that’s what you process it on.”

The popularity of canning in Dallas County has skyrocketed, Nelson said. Along with providing different workshops on canning, the extension office currently has a water-bath and pressure canner available for check out.

“We’ve done three workshops this year already,” Nelson said. “We do have people calling. We had a lady come and check out the canner and she called and said she needed it for two more weeks.”

Phyllis Lackeos, from Valley Grande, took advantage of checking out the water-bath canner after going to a workshop earlier in the summer. Lackeos enjoyed both the workshop and the availability of the water canner through the extension office.

“It was great,” Lackeos said. “I didn’t know that she would do that, and she told me that they did. That was real helpful because I didn’t have to go out and buy one.”

Lackeos canned two batches of red plum jelly and blackberry jelly with the water canner, and said the process was difficult to start with, but got easier as she went.

“Well, at first it was kind of hard, because I had to follow directions and all the procedures you have to go through to start the canning,” Lackeos said. “You have to sterilize all your cans and all your lids and all.”

Lackeos said she had simply wanted to get more information about canning fruits and vegetables when she went to the workshop, but ended up having fun and encourages anyone to try it.

“If you’ve never canned before I encourage anybody to just try it because it turned out to be really fun,” Lackeos said. “It did. My husband said, ‘I can’t believe you’re doing something that looks so hard to do,’ and I said, ‘Well, I’m doing it,’ and I did it all by myself.”

Nelson said she also encourages anyone wanting to try canning to do so, especially because of the quality of food canners would be getting.

“The flavor is completely different,” Nelson said. “Canning your own green beans, or making your own jams and jellies, the flavor you buy in the grocery store, it just can’t compare. It’s much better. You’re getting a better flavor and a better quality.”

Lackeos said the joy of canning was enough to keep her coming.

“It just tickles me to know that I had been wanting to can, and I did,” Lackeos said. “It worked out.”