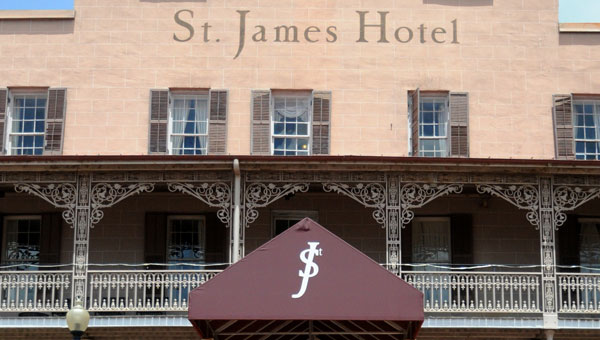 There’s much left to do before the City of Selma is done with it’s venture into private business.

The most recent chapter in the city’s stint in the hotel business began in August 2013, shortly after Gourmet Services abandoned its contract to manage the hotel. With no management company to oversee daily operations, the city progressively began to take a larger role in ensuring the hotel was at least open for guests.

In conjunction with it’s role as a manager and owner, the city hosted numerous events, drawing on its own city council as part of the operating staff.

During the city’s management, it dumped thousands of dollars into keeping the hotel open.

Potential suitors for the hotel talked about some of its problems, but a comprehensive list of issues and needed repairs was never discussed, at least publicly.

The city’s decision to only address the two most critical issues is understandable with its current financial situation — sales tax revenue is down. When previous bond issues are added to an impending $4 million loan and commitments for new police cars and fire trucks, it seems as if the city could soon have no money left for emergency projects.

The reality is that the list of issues is likely only a small part of the overall problem. Many of the problems on Strand’s list only address interior, logistical problems, such as new televisions and locks. Other items on the list include replacing a roof and building private balconies.

Noticeably left off of the list was replacing the quickly disintegrating shutters and cleaning up the hotel’s exterior.

City government only addressed a select few issues, and so did Strand. There’s a long way to go before city government reaches a point where the hotel’s condition truly represents it’s storied history.

As the city looks to continue improving the hotel’s condition, community support is necessary. For months after Gourmet Services left, city officials actively promoted events at the hotel and generated significant community interest.

With a new management company on the scene, the city should continue marketing one of its most valuable assets to draw in more locals to rent conference rooms and visit the restaurant, when it opens.

With more local interest the city could see increased room and event bookings.

City, county government should split cost of any environmental issues at site

Hundreds of pieces of property in Selma sit idle, crumbling steadily as wind and rain beat on aged walls. The... read more