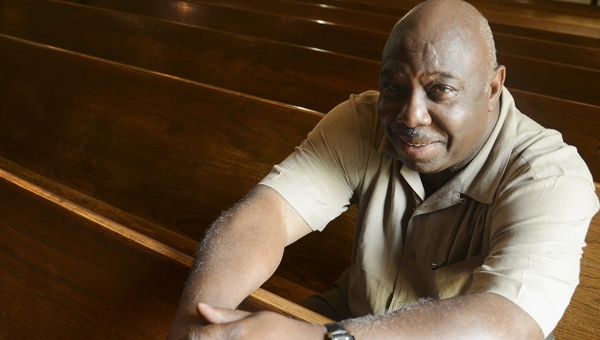 Selma’s Clinton Chapel AME Zion Church will commemorate its 148th church anniversary Sunday with a ceremony to both honor its historic past and begin work towards a brilliant future.

Rev. Lawrence Wofford said the church will host a special anniversary ceremony at 3 p.m., and a free meal at the Larry Striplin Performing Arts Center will follow.

“This has historically been a major pulpit for the region, but it has declined over the years for a number of reasons,” Wofford said. “It’s honestly been a decline everywhere, so my job is to revive.”

Sunday’s anniversary celebration will be followed by revival services at 7 p.m. nightly Monday through Wednesday.

Rev. James C. Fields, Pastor of St. James AME Zion Church in Irondale and a candidate for Alabama Lt. Governor, will be the guest speaker during Sunday’s service at Clinton Chapel.

Wofford, who has been Pastor at Clinton Chapel since  December, said he wants the church to regain its standing in the community it had when it hosted civil rights meetings in the 1960s.

“This church has played a role in the life of this community for decade after decade, and we want to honor those who have paved the way and we want to recapture the legacy, the luster, and the shine they left,” Wofford said. “We can work to restore the shine, but we can’t restore the glory; only God can do that.”

Wofford said the members of Clinton Chapel have a lot to live up to when one considers the great deeds done by pervious members of the entire AME Zion church.

“Our church, the AME Zion Church, has always been known as a freedom church,” Wofford said.  “The AME Zion churches have produced the likes of Frederick Douglass, Sojourner Truth and Harriet Tubman.”

By coincidence, Sunday’s ceremony comes 39 years after the congregation, which was once one of the largest in the region, moved into its current building at 615 Green Street.

Wofford said the church would not be having its regularly 11 a.m. service Sunday, but would have the service at 3 p.m. which would include the commemorations of the church’s 148th anniversary.