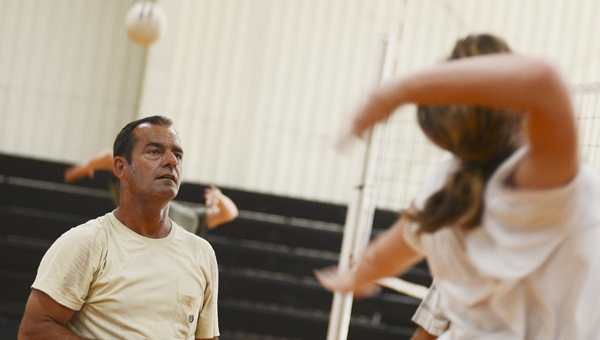 There are a lot of unknowns for Meadowview Christian as it prepares to kick off its 2014 volleyball season Friday.

The Trojans will play in the Tiger Jam Tournament Friday in Oxford, opening up their season and starting a new chapter in Meadowview Christian sports.

The school moved to the Alabama Christian Education Association earlier this year, which means new opponents for the Trojans volleyball squad.

“As far as the transition for us, it’s just going somewhere else and playing volleyball against people we’ve never seen before,” Meadowview Christian head coach Tim Burton said. “We’d seen just about everybody in the AISA in our area and stuff, but these other associations, I’ve never really seen anybody in them.”

The Trojans ACEA area will consist of Marion, New Life and Victory — teams Burton acknowledges he knows little about. Of course, he also said it could be an advantage that many of Meadowview’s opponents do not know a lot about the Trojans, who made the AISA quarterfinals last season.

Four players graduated off of last year’s team, but Burton is expecting his team to be competitive with several other key players returning and many others moving up from junior varsity.

“With the season we had last year, I figure we played some of the better teams out there, so I figure we can hold our own,” Burton said. “That’s what I’m expecting.”

With so much experience back, Burton has high expecations for the Trojans, but this first tournament is a completely different story.

“It’s really hard to get ready for something like this, because there haven’t been two practices that I’ve had the full team because of vacations,” Burton said.

Even this week, the Trojans have been missing several players due to last minute vacations before school starts back. Burton is expecting most of those players, if  not all of them, to be back before the tournament gets underway.

Meadowview scrimmaged Morgan Academy last Friday. Now that the two schools are no longer in the same association, Burton said he was able to get a true look at how his team is shaping up going into the season.

“That’s what that game is for, to get some of the rust out and you could see it on both teams,” Burton said

Meadowview won the match against the Senators in five sets. Burton said the game gave his team a look at how Friday’s games could go.

Bears getting ready for football opener