Selma Police ready for the start of school 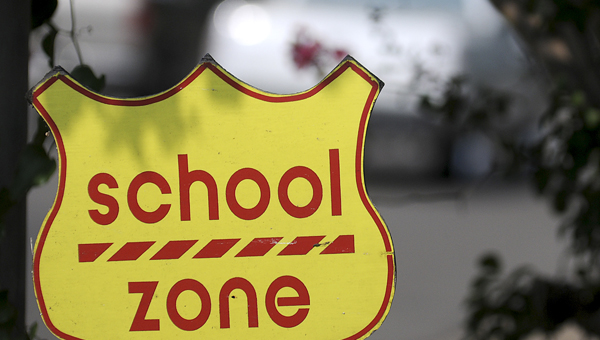 Police preparations: The Selma Police Department is preparing for the school year by ensuring all of its crossing guards and school zones are ready for students. (Time Reeves | Times-Journal)

For most parents, the final few days before the start of school are spent finding those obscure items on the school supply list, buying new tennis shoes and making sure — for those younger students — that their child’s name is written on just about everything they own.

For Selma Chief of Police William T. Riley, the days before the start of school are spent worrying about assigning crossing guards, preparing school zones and hoping drivers are paying attention.

“We are going to make sure we are out in force Monday — and the first few days of school — to make sure that the school zones are safe and that drivers are paying attention,” Riley said.

For the past few months, drivers making their way around Selma have, for the most part, not had to worry about the reduced speed zones around the city schools. But that all changes Monday.

“It is so important that drivers are paying attention,” Riley said. “One slip up; one moment of distraction; can lead to a disaster. That is something we are working so hard to prevent.”

Thankfully for Riley, staffing around the school zones is not an issue.

“We are blessed. Many of the crossing guards have been around for many years. They’ve seen a lot of their kids grow up and move on,” Riley said. “For our crossing guards, it is a calling and something they take seriously.”

Riley said the relationship between the students, the schools and the crossing guards is important to him and the department.

“We want to make sure [the school] feels comfortable with who we have working out there and that the children feel comfortable,” Riley said. “We also want our guards to be able to recognize when there are problems that need attention.”

As for the school zones, Riley said many are well marked, but that drivers must pay attention, particularly at the start of the school year.

The only zone Riley continues to worry about is the one on Highland Avenue near Edgewood Elementary School. There, some students are forced to cross the tremendously busy Highland Avenue.

“I know that we have talked about it in the past, but I really hope one day that the state can find the money for a walkover to be placed near that school,” Riley said. “I know that money is scarce, but that is a dangerous area for children to be crossing, and a walkover just makes sense.”

The school zones require drivers to reduce their speed to 15 miles per hour and to make frequent stops when children are set to cross the road.