Austin has history at Elkdale 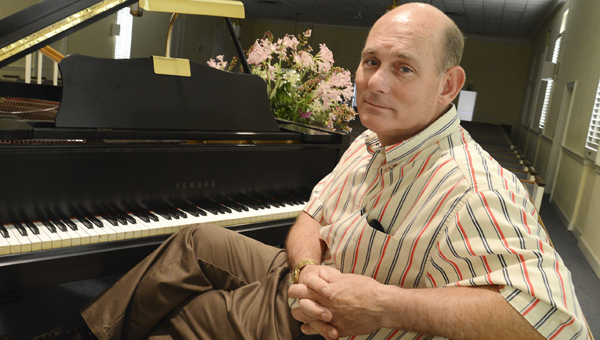 There have been countless changes at Elkdale Baptist Church over the past two decades, and Murray Austin can tell you all about them.

Last Sunday, Murray played the church’s piano for nearly an hour in front of a large audience, a concert he’d been working on since celebrating 20 years of playing piano at the church last September.

“I got so busy, so the concert kept getting pushed back,” Austin said. “I played twelve songs during that concert, and I know I practiced at least once a day for over a month. It was a lot of work, but I truly enjoyed it.”

Austin’s love of the piano began when he was just 10-years-old, and five years later he started playing piano at a local church.

While Austin has played piano at Elkdale for nearly 21 years, he has also spent the last five years performing at Safford Baptist Church.

“Safford was struggling to find a replacement back then, and I started playing there temporarily,” Austin said. “I’ve kept that temporary title for five years now.”

Austin said he’s developed his own technique to keep from getting intimidated or distracted by large crowds over the years.

“This may sound strange, but I put an imaginary curtain between myself and the crowd and it’s like I’m in the room all alone,” Austin said. “I can’t worry about what the audience is thinking or doing while I’m trying to play a song to the best of my abilities.”

Nowadays, Austin plays piano during Elkdale’s 8:30 a.m. Sunday service, before performing at Safford later in the day, but his schedule used to be far more cluttered.

“At one time during the past 20 years I was playing two services on Sunday morning, then youth choir rehearsal and then the evening service,” Austin said. “Once our 11 a.m. service started using contemporary music, I was able to focus more on helping out in Safford.”

While he acknowledges contemporary music is becoming more common on Sundays than piano music, said he hopes pianos won’t completely disappear from their place in churches.

“Music has changed a little bit, but I hope there will always be a place in churches for pianos and traditional music,” Austin said.

“Not as many children take piano lessons or voice lessons as they used to. I might part of a dying breed, but I’m going to enjoy it as long as it lasts.”