A Selma man was arrested Friday after the Dallas County Sheriff’s Department received a standard report from Alabama Department of Human Resources in response to an inappropriate relationship with a juvenile. 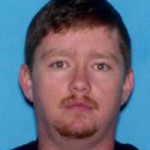 Billy Peters, 30, 166 Dan O Bridge Road, was arrested and charged with enticing a child for immoral purposes and sodomy second degree Friday. Peters was reportedly having a relationship with a 12-year-old girl in his neighborhood, said Sgt. John Hatfield.

Dallas County Sheriff’s Department Chief Randy Pugh said neighbors and other witnesses had seen Peters reportedly helping the juvenile in and out of her residence at night.

“We actually got a call the night before that she had apparently crawled out of the window of her bedroom with the help of him and had been doing it prior to that night,” Pugh said.

The Dallas County Sheriff’s Department conducted interviews with both Peters and the girl following Peters’ arrest when Peters admitted to having a relationship with the juvenile.

“After interviewing him and interviewing her, he actually admitted to having an inappropriate relationship with this 12-year-old,” Hatfield said. “He was charged with sodomy second, which would be the sex crime behind it, and he was also charged with enticing a child for immoral purposes.”

Peters was released on bond, and Hatfield said the next step would be a preliminary hearing since Peters was currently out of jail.

“Once you come to court on a preliminary, the judge will have the right to raise his bond if he chooses to, and then he’ll be put back in jail,” Hatfield said.

Demopolis resident Jimmie Allen gets his two pit bulls out of the bed of his truck Saturday, after arriving at... read more