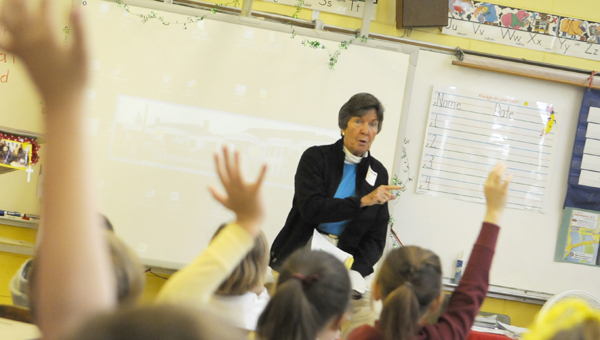 It seems more elementary and middle school students across Alabama are becoming proficient in reading and math, according to a national study released this week.

Three local school leaders believe that investing in early childhood education could further improve the numbers and help children perform well in the classroom. Two of Dallas County’s school systems are even doubling down on pre-school with new plans for the upcoming school year.

For the first time in its history, the Dallas County School System will have a pre-school program in the 2014-2015 school year. The Selma City School System is also planning major changes to its early childhood education program. At the recommendation of acting superintendent Larry DiChiara, the city school system plans to consolidate all of its various pre-school programs at Byrd School, starting in the 2014-2015 school year.

School leaders in both systems say the investments in pre-school could lead to increased reading and math proficiency in later grades.

“The earlier that we can get to the kids the better,” DiChiara said about pre-school programs. “Research shows that the sooner you teach students sounds and things they need to be fluent readers the better chance they have of being successful later on.”

DiChiara expects Byrd School will teach about 360 students in its pre-school program, a marked increased from the approximately 220 previously.

After receiving a grant, the Dallas County School System will implement preschool programs at Brantley Elementary and Valley Grande Elementary for a total of 36 children, assistant superintendent Hattie Shelton said.

“In our opinion, those early childhood years are when children learn at the greatest rate, and we felt like our kids were missing some of that,” Shelton said. “In most cases, our students who miss pre-school are a little behind coming in.”

“With pre-school programs, children become accustomed to the learning environment and develop the social skills for reading and communication through play,” Meadowview headmaster Renee Callen said. “Our pre-school programs allow children to gain a background and strong foundation. It prepares them to become more proficient later on.”

Though every school system in Dallas County will offer a pre-school program in the 2014-2015 year, DiChiara said he wasn’t surprised by statistics from the Kids Count Data Book.

“Wherever you see extremely high poverty, you are going to see those high numbers,” he said. “It doesn’t mean poverty guarantees those numbers.”

Callen said she was slightly surprised by the high numbers, but said reading and math proficiency would be worse without pre-school programs across the state.