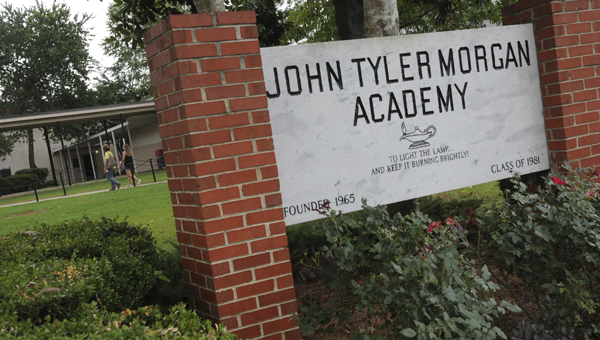 John T. Morgan Academy’s many accomplishments over the 2013-2014 school year has not gone unnoticed.

The school has been named the Alabama Independent School Association 2014 Class AAA President’s Award recipient. The annual award was designed to recognize schools that have achieved academic excellence.

“We have won it multiple times,” said Karim Oaks, Morgan Academy’s director of instruction. “We become very upset if we don’t win it, because it’s kind of a standard of excellence that we have set for ourselves.”

AISA, the award’s sponsor, is an organization that has maintained an organization of independently operated non-public schools since 1970, according to the group’s press release.

The winners are selected based on a number system that rates their level of excellence in standardized testing, scholarships, academic scholars, academic competitions, professional personnel standards and development, accreditation and more.

Some of the 2013-2014 school year achievements that led to Morgan’s win included 2014 graduate Charlie Ammons earning a spot as a named a National Merit Scholarship finalist, Morgan’s scholar bowl team and math team winning state competitions, 10 students scoring exceptionally well on the American College Testing and other accomplishments, according to Oaks.

“Our teachers encourage those students to enter these contest,” Oaks said. “They just push them and have them ready academically.”

McLendon said he has no doubt that Morgan is worthy of their award.

“Their academic accomplishments and standards with their individual students and as a group is just outstanding and worthy of our President’s Award,” McLendon said.

By Scottie Brown The Selma Times-Journal   After an exciting special meeting on July 1, the Valley Grande City Council... read more