Local author takes a hard look at her past

In her first novel, titled “The End of Innocence,” Selma-raised author Allegra Jordan takes on many of the issues she saw firsthand during her years in the Black Belt. 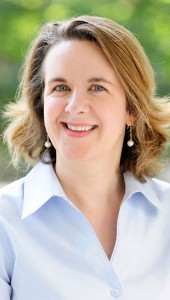 “This book takes on the issues of loyalty, death, reconciliation and overcoming grief,” said Jordan, a 1987 Selma High School graduate. “There was great sadness in many aspects of life in Selma. I actually had a very good experience in Selma. I had a lot of teachers invested in me. But there was a lot of sadness in Selma that people couldn’t get past, and that played a role when I was writing this book.”

“The End of Innocence” focuses on the lives of three people studying at Harvard in 1914 at the start of World War I. One character returns to Europe to fight for Germany and the others are left behind to deal with the tragic consequences.

The book was originally self-published as “Harvard 1914” in November 2012, but was acquired by Sourcebooks, edited and renamed in advance of its’ September re-release.

Jordan said her father’s experiences in Vietnam and the murder of a friend in the late 1980s forced her to confront sadness and depression.

“These events influenced me into thinking about what people do when they have a great sadness,” Jordan said. “And in my own family I found somany different answers to that question.”

Jordan said dark memories keep people from thinking about the past, which, in turn, can impair their ability to learn from it and grow.

“That’s not healthy,” Jordan said. “Because wounds from the past will only come back. I had myself in mind when I was writing it. Writing this book allowed me to confront my most difficult memories, and I hope it does the same for those who read it.”

Jordan started working on the book after leaving Selma 25 years ago.

“It was a very long process. I had never writen a novel before. I had thought about the idea for the novel in 1991, and waited 10 years to really work on,” Jordan said.

She said the book should appeal to a wide variety of readers.

Homegrown Talent: Local fiddler fell in love with music at an early age

Veigh Kaye Spencer plays fiddle for The Grasshopper Stringband at the Jazz on the Grazz festival in Selma. By Christopher... read more